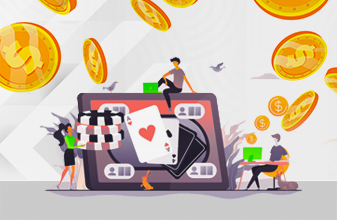 Ploppy. A term coined by gambling author Frank Scoblete to describe a typical uninformed gambler. A ploppy often is ignorant, offensive, and sometimes tries to influence other patrons' actions through superstition or stating as fact his or her misunderstanding of the games or odds. (See also: Chump, Civilian) ...BJ21.com Glossary

Any skilled casino patron, whether they be a card counter, other type of advantage player, or a team member, has encountered ploppies on a regular basis. It is easy to dislike and scorn ploppies, but we must remember that they are the reason casinos exist, enabling us to make money with our skills.

Of course, ploppies can get tiresome, especially when they ignorantly recite stupid superstitions and comments that have no basis in reallity. Articles have been compiled about the (low?) IQ of the typical casino patron and Ploppies who know you and might expose you.

Here, Green Chip members have compiled some of their “favorite” and not-so-favorite ploppisms and other comments:

After getting told during a backoff that I was “too good” and couldn't play blackjack there anymore, a ploppy intervened saying he had doubled his buy-in for two days straight, so he was better than me as that session I had a small loss.

Have you noticed how many Asian female ploppies have adopted the phrase "Oy vey"?

There is a similar expression in Mandarin Chinese: “Ah-yo!' is an all-purpose Chinese expression roughly equivalent to 'Oy vey!' It's the perfect way to respond to all the surprises in life. Used with different intonations, it helps express exactly what you feel."

Recognizing other bits of Mandarin can be useful:

Aiya! is an easy one, but there are others. I've also used Mandarin (in Las Vegas) and Spanish (on a riverboat) in the pit to great effect (goodwill when a payoff dispute broke out involving patrons who spoke no English), and I've walked past a few games while scouting and heard brazen and very specific signaling going on between Chinese players.

Even if you don't accrue direct benefit from it, being able to notice things like that adds some fun to our work.

A number of times, ploppies have come to my defense against a Shift Manager when I was being backed off: "Why can't he play? He didn't do anything wrong!"

It was nice to watch the suit squirm and have to tight-lipped ignore his complaining customers. Of course I enabled it -- when the suit quietly said, "Sir, please step away from the table for a moment,” and I replied, "Nah I'm comfortable here, what's up?" -- it forced him to do the deed in front of the ploppies.

Please step away from the table... ''Absolutely not, you're the third person today approaching me for money." If a reasonably attractive female suit attempts to get you away from the table for a backoff, you can follow up with, "Oh, I'm sorry! I thought you were a hooker."

Ploppy sits down and the dealer makes two consecutive hands, Ploppy says, "Don't you ever bust?"

And these nonsensical typical ploppy comments: