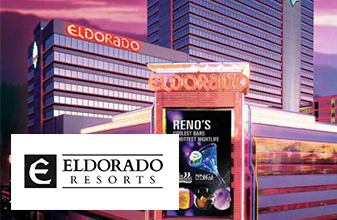 Eldorado Resorts, as part of its merger with Caesars Entertainment, announced that it has entered into a definitive agreement to sell the MontBleu Resort Casino & Spa, on the south shore of Lake Tahoe, as well as the Eldorado Shreveport Resort and Casino, in Shreveport, Louisiana, to regional casino operator Twin River Worldwide Holdings for $155 million in cash, subject to a working capital adjustment.

In connection with the planned transaction, Eldorado terminated its previously announced agreements for the sale of both assets to Maverick Gaming and returned its deposits, according to an April 24 press release.

The sale to Twin Rivers instead of Maverick is seen by many blackjack players and other advantage players as disadvantageous to them, as Twin Rivers offers mediocre games in most of its other properties and has a reputation of being intolerant of skilled play, including being quick to back off and take other measures against card counters.

The transaction is subject to regulatory approvals and is conditioned upon consummation of the $17.3 billion Caesars Entertainment-Eldorado Resorts merger, Twin River obtaining financing and other customary closing conditions, and is expected to close in the first quarter of 2021.

“The agreement to divest MontBleu to Twin River Worldwide Holdings is consistent with our continued focus on closing the Caesars transaction in the first half of 2020,” Eldorado Chief Executive Officer Tom Reeg said in the press release. It is anticipated that the transaction will be able to be completed despite the worldwide coronavirus pandemic.

According to the press release, Macquarie Capital is acting as the exclusive financial adviser and Milbank LLP is acting as the legal counsel to Eldorado in connection with the proposed transactions.

The move shows that Eldorado is moving ahead with the merger with Caesars, which owns the Harveys and Harrah’s casinos at Lake Tahoe.

According to previous reports, the closing of the $17.3 billion Eldorado/Caesars merger was initially expected to occur by the end of March this year, before the pandemic hit. The deal is now expected to close before the end of the second quarter.

Eldorado is the acquiring company in the merger. Its management will control the merged operation but the company will take on the Caesars name.

In a related move, Twin River Worldwide Holdings announced it has entered into an agreement with Caesars and VICI Properties Inc. to acquire Bally’s Atlantic City Hotel & Casino for $25 million in cash. That transaction also is subject to customary post-closing adjustments.

Today’s news comes about three months after Caesars and VICI Properties announced an agreement to sell Harrah’s Reno to an affiliate of CAI Investments for $50 million. Prior to the pandemic, Harrah’s Reno was scheduled to permanently close in mid-2020, to be subsequently renovated, rebranded, and reopened as a non-casino hotel. It is unknown if it will reopen after the state permits reopening of Nevada casinos.