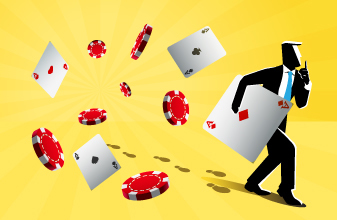 Do trespasses automatically expire after a specific period of time and have to be reissued to remain effective?

Scrooge McDuck: No, they do not automatically expire merely because of the passage of time. In theory, they can last for the rest of your life.

There's a significant difference between the letter of the law and the practical reality. (A well-known team leader) often goes back to casinos he was 86’ed from, after at least 6-12 months (an arbitrary length of time). If you're playing unrated, it's been at least six months since you were 86’ed and you were also unrated when you were 86’ed, you're unlikely to get arrested. Some reasons:

Rockky176: While all are good points, there are few additional things to consider to provide a balanced view.

One assumption Scrooge made is that the casino will ask you to leave and then call the police if you refuse. I don't think this is likely. They will either just tell you to leave or they will first call the police and hope the police will arrest you or give you a citation. Many casinos have police already on the premises or nearby. If security held you down until the police came, this will probably be considered justified as they assumed a crime had been committed. So, unless they did something else, a lawsuit is not likely to succeed. Many casinos keep records of 86’ings; some keep recordings, both audio and video.

Depending on each person’s situation, having an arrest record even without charges ever being filed can have serious consequences in specific careers. Having a conviction, no matter how petty, can also have a serious effect on some people but not others. All these factors have to be considered in weighing benefit vs. risk of going back after a trespass.

Captain Jack: It should be noted that (the team leader mentioned above) has been arrested many times for defiant trespassing. Of course, arrests seem to almost be part of the process for an advantage player anymore, as casinos and their minions in the legal system try to criminalize using your brain. Check the local laws before you decide to defy a trespassing. If it is a misdemeanor, you're probably only facing a fine of a few hundred dollars. If it is a felony, you may want to plan accordingly.

More information: The Law for Gamblers: A Legal Guide to the Casino Environment

Neither the above contributors nor this website provides professional legal advice. This material has been compiled and presented for informational purposes only, and is not intended to provide, and should not be relied on as legal advice. You should consult your own attorney before embarking on any course of action that may have legal consequences.

"Returning after a backoff"