Player’s card or not? 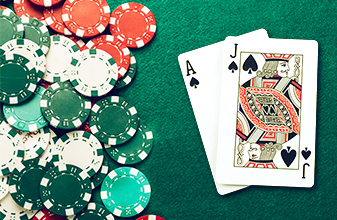 Young Player: Pit critters often think there is no good reason for a young player to decline a player’s card, especially when the pit insists that the player doesn't have to do anything but provide the critter with their ID, and in turn, they receive "free" stuff. Of course, as a card counter, I prefer to remain anonymous.

I've conjured up a decent story; however, surveillance just sees a young player making a point to remain anonymous and varying his bet. You might as well release the balloons and pop the confetti because there is no surprise here that in their view, you are up to no good. How are younger players pulling off unrated play at local casinos? For slash-and-burn travel plays, I completely agree unrated is the way to go. But it seems that the level of scrutiny is off the charts if playing as a player’s-card refusal.

In an ideal world, it’s undisputed that unrated is the way to go. However in my case, as a younger, usually double-deck player, only one store in my rotation asks just once for a card. The others will routinely ask usually about three times in a 30-minute session and are often pushy about it. I'm strictly playing locally, with decent frequency, at about five or six stores. It’s between a rock and a hard place it seems. I wonder if it would be better to play politely, rated, for a longer period than to play unrated, hawked, and potentially burned via images regardless. My local casinos are known to share photos of unwelcome patrons among each other.

bigplayer: There are pros and cons to each approach. Off the top of my head:

Pros of being rated

Cons of being rated

Pros of being unrated/no player card

Cons of being unrated/no player card

If I had it to do all over again I would never use my real name to play blackjack except maybe for a 2:1 promo or something similarly profitable.

SplitFaceDisaster: As usual, bigplayer has provided good advice. Unfortunately, there's only so much you can do to deal with heat and with the specific situation you're referring to. You said you conjured up a good story about refusing, so I say just get used to telling it confidently and being adamant about it. In my experience, most critters will ask just once and then give up. I could be wrong, but someone pestering you several times could mean that particular person doesn't remember that you’ve been there before, which of course means you’re doing a good job staying off the radar or maybe you`re not going there too often.

You didn't say how recognized you are in these situations, so that's why I’m wondering about this. Or maybe they do remember you and really are that pushy about getting you rated. The reason I say this is that I feel like if they remembered you, they’d also remember that you’ve refused a card a bunch of times already and leave you alone.

There is something I can suggest, but I don’t know if it’ll help, because if your face is well-known at all the stores you’re talking about, I'm not sure if it's a good idea. You said you’re a double-deck player. Are there shoe games available at any of these places? I think you’ll be scrutinized a lot less if you’re playing shoe games -- that’s the case at most places. If you are well-known, then I don`t know if switching to shoes is a good idea. It may set off some sort of alarm bells to them that all of a sudden you`re playing shoes when you never did before.

Ikthor: You asked: How are younger players pulling off unrated play at local casinos?

For local? More difficult. If you have several local places, it's easier to play unrated and just rotate around. If you have one shop and have to drive 90 minutes to get there, it's more of an issue.

For what it's worth, I see regulars/semi-regulars play unrated all the time. They are quiet, don't talk a lot and just play. Their play is hardly questioned. A lot of people want to just play and not be bothered. The sweat depends on your shop. The eye has a lot to watch. Don't always assume it's you.

The most common advice you will hear is don't play rated. There's a reason for that. Stop worrying about how the pit sees you and stop potentially giving up your ID because of nothing more than being uncomfortable by saying, "No, thank you, I'm good.” If they keep pressuring you, that's perhaps a clue to try a different pit/shift and avoid that person. Most floors will ask once, hear no, and move on. They may or may not call the eye.

Play unrated, then adjust your sessions, locations and times of play around that immutable fact. Then you have lots of options available to you later. If you start playing rated everywhere, you burn a lot of bridges and eliminate many opportunities down the road.

This whole conversation about ID makes my head spin. You have to have good people skills and legal knowledge or a good strategy to be successful at fighting back against requests for ID, especially if you definitely look young. The ability to understand people vs people games (compared to computer players) is more abstract, and I'm a concrete thinker. I wish I could force choke casino personnel/use mind tricks so they would never demand my ID and then some. I don't know if I can keep my temper under control if casinos push
hard enough for my ID.