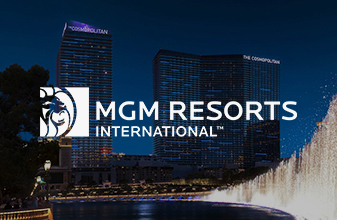 MGM Resorts International has closed on its purchase of the Cosmopolitan, in a $1.6 billion deal. The hotel-casino is now part of MGM Rewards — a move many advantage players and other knowledgeable patrons see as a downgrade.

Nevertheless, MGM Resorts CEO Bill Hornbuckle crowed, “This is a big moment for our company and for the Las Vegas Strip. The Cosmopolitan of Las Vegas has already established itself as one of the Strip’s premier resorts with an iconic brand, well-curated experiences and a loyal customer base. We couldn’t be more excited to bring them into our portfolio of world-class operations. We’re also thrilled to have the talented group of CoStars (casino employees) from The Cosmopolitan joining the MGM Resorts family. We look forward to improving upon The Cosmopolitan’s already strong results by offering their customers access to the extensive and exclusive amenities and other benefits only MGM Resorts can provide.”

The Cosmopolitan opened in late 2010 and is home to several popular venues such as The Chelsea theater and the Marquee night/day club. It also features a rooftop swimming pool.

Though neither company offers much in the way of playable blackjack in Las Vegas, according to Current Blackjack News, Cosmopolitan has inadvertently offered other positive expected-value opportunities to those who understand the games and promos. Overall, its marketing department and general management is viewed by many locals as less sophisticated than MGM’s management. This will undoubtedly change, with the giveaways and other prime opportunities widely expected to mostly disappear.

One improvement that’s hoped for by skilled patrons is the revamping of the often-overzealous security department at Cosmopolitan. There have been many reported instances at Cosmopolitan of patron abuse, including being badly beaten by security personnel, falsely imprisoned by casino guards and being trespassed for no apparent reason. Though this wrongful behavior by security personnel takes place at nearly every Las Vegas property from time to time, Cosmopolitan has been in the forefront of such events, much more so than would be expected at its single property.

MGM will soon begin the process of integrating the Cosmopolitan into the MGM computer systems, so most things will remain unchanged for the time being.

The present Marriott partnership is exclusive to The Cosmopolitan and won’t appear at other MGM properties.

MGM Rewards members as well as those in Cosmopolitan’s Identity player’s club program won’t see any immediate changes at The Cosmopolitan or other MGM properties. Both programs will operate independently until the systems can be combined, likely over several months.

The Cosmopolitan will still function as a standalone entity for now, with most expected changes being implemented over the next several months.

“MGM acquires the Cosmopolitan but it remains with Marriott, for now” , Cameron Sperance, thepointsguy.com, May 18, 2022.