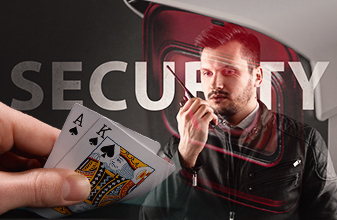 We all know that casino employees, especially security guards, can be overzealous and become belligerent over nothing. This is a fact of life, probably more so in Las Vegas than anywhere else. No, I wasn't illegally detained or beaten or anything that bad. This is just a report of overzealous security “cop wannabes” behaving stupidly.

I was backed off at a Las Vegas property fairly notorious for blackjack intolerance (non Strip, non downtown). These things happen. Part of the business of being an advantage player. In Nevada and most other jurisdictions, a casino has the right to refuse your play. I experience several of these per year, from different places. Almost all are reasonably polite -- usually a vague reference to "You are too good" or "Your play is too strong" and then some statement about being welcome to play other games, but no more blackjack. This one was no different -- very polite, the pit person telling me that I could not play blackjack there anymore, but could play other games.

I chose not to cash in my chips to avoid the camera at the cage and instead headed for the front door, calling my playing partner along the way -- he was at another casino about three miles away redeeming some of our machine free play offers, so I wanted to let him know that I was ready to leave, and would be waiting by the front door.

I sat down just outside the front door, the main entrance which serves as valet as well as where the hotel guests are dropped off. It was fairly busy at this mid-morning time. All of the sudden I saw a bicycle security guy riding towards me, apparently with a purpose. He came to a halt in front of me and sternly said that I had to leave the property immediately. I responded that I was told that I was welcome to play any other game in the casino. At this point, I could see his anger building and he literally started screaming, “This is private property and I want you off the property or I 'm calling the police and you'll be arrested for trespassing.”

I didn't really care what he said, but it was a little embarrassing because he was screaming so loudly, and bystanders probably thought I was some kind of criminal. As I got up and began to walk off the property, I couldn't help wonder if such an unnecessary display might turn off a few customers who were dropping off or entering the casino. I could only hope it might. So I walked to the edge of the property, followed closely by the bicycle-riding guard. He kept making threats about how if I returned I would be arrested. Finally, I just told him how sorry I felt for him, which seemed to anger him even more, although he did not respond. At this point I decided to walk up to the next street corner, because I didn't want him standing there when my ride arrived.

Such unprofessional behavior! And this was a grown man, maybe 45 years old, not some 22-year old. What came to my mind was something that Bob Nersesian has said on GWAE about security guards being paid $12 an hour but making decisions and demonstrating behavior that can cost casinos hundreds of thousands of dollars.

It is my experience that casino security is divided into different levels. You have the folks walking around the casino in security uniforms telling you to keep your feet off the “furniture” or which way the buffet is. These are the lowest end -- almost ambassadors rather than security. Often older, disabled, or very out-of-shape folks. Then you have the next level, which is what I encountered. Guys that patrol something -- bicycle patrol, parking lot patrol, etc. These are often the “wannabe cops.” These are the guys that think they have some sort of actual authority. How much do these guys make? Maybe $14 an hour instead of $12?

Post-incident analysis: The bicycle guy was sent to me by surveillance; how else would he have known about the backoff? I was either 86’d at a higher level, but it wasn’t made clear to the person who backed me off; or as sometimes happens, it was a back off and then upgraded quickly to an 86.

Most security people probably do not have the aptitude or training for good customer service. Most of them are probably prone to violence, which is why the job has some attractiveness to them. Casinos may worry that people are waiting outside in order to come back in later, which could be the reason for the overreaction, though the reason for the belligerence is a mystery. Just another day in Las Vegas.