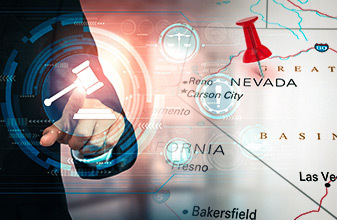 Much has been written over the years about civil asset forfeiture, a constant danger to legal casino advantage players, whether they be a card counter in blackjack, a hole-card player, an advantage machine player, or a sports bettor. Even poker players, who usually don't have to worry about casino patron abuse like their counterparts in the other AP disciplines, have to be concerned with forfeiture -- effectively having their bankrolls stolen by misguided and/or corrupt police.

Throughout the United States, state legislatures have been trying to curb the abuses of this shameful system, wherein a person, usually a motorist or airline passenger, is presumed guilty until they prove themselves innocent, though the opposite is normally an important principle in our system of criminal justice. At one time a few years ago, the problem had become so pervasive and of such concern to advantage players that Bluesman, himself an advantage player and attorney familiar with such matters, wrote an informative article for Green Chip members entitled How to Avoid Cash Seizures. The information in the article is as relevant today as it was when it was written. I recommend that all advantage players familiarize themselves with it and the concepts discussed therein, as well as Harold Harvey’s sage advice in Defensive Driving for Advantage Players.

This topic is pertinent again today because of a recent lawsuit that alleges the Nevada Highway Patrol stole over $80,000 from a retired Marine sergeant during a traffic stop, using a controversial federal program known as equitable sharing. Many observers believe equitable sharing to be little more than an end run around the restrictions put in place by state legislatures, which enables local and state law enforcement agencies to continue to reap the financial gains from robbing citizens at the side of the road, usually with little or no practical recourse.

Though the stated purpose of civil asset forfeiture is to seize cash from criminals, too often an average citizen, frequently an advantage player, is ensnared in the process. Many efforts to reclaim wrongfully seized money don’t get off the ground because attorney fees can be in the tens of thousands of dollars, making such efforts not always financially viable. Rarely are meaningful penalties assessed against the wayward government agencies and their employees who are involved in the thefts.

Nevada Assembly Bill 425 proposed reforms to the forfeiture process, but it has seemingly died in the legislature, as have other such bills. Not every state is as keen to get rid of the forfeiture problem as Maine, Nebraska, New Mexico, and North Carolina.

The lawsuit filed by the retired Marine sergeant brings new hope in Nevada, however, as it seeks to prevent the Nevada Highway Patrol’s further participation in the equitable sharing program. It would be good for Nevada and its major tourism industry to have the odious practice of civil asset forfeiture eradicated in the state. With the lack of success in reforming the process through legislation, the court system appears to offer a better chance of being able to restore the American tradition of innocence unless proven guilty, instead of the reverse which is presently seen along our highways. Time will tell.