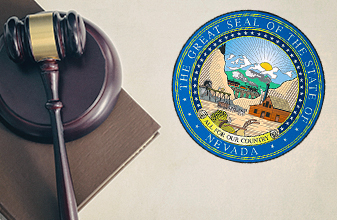 A scaled-back effort at civil asset forfeiture reform in Nevada, a perennial but unsuccessful legislative objective, again met opposition from law enforcement amid concerns over what the change could cost their agencies in lost funding and additional workloads.

Assembly Bill 425 proposes reforms to the forfeiture legal process aimed at helping innocent people whose assets might be erroneously targeted in a criminal case filed against someone else, and/or who might opt to forgo fighting a forfeiture in court if the amount at stake is too small to be worth the legal expense.

Advantage players, who have been the wrongful targets of misguided actions by authorities in the past, universally hope that the draconian practice is eliminated entirely, though with opposition from various government agencies, such a result is unlikely.

Under the current process, a cash or asset forfeiture proceeding happens largely at the whim of a police or prosecutorial agency with little serious oversight, and is handled as a civil action. Advocates of the change want the forfeiture attached to and decided in the criminal case, if one is filed — as is done in federal court and four states — instead of fighting in a separate civil court proceeding where the party with assets at risk usually has to incur significant expenses to get their own money and/or other property returned.

Backers of the proposal cited figures that showed the median amount seized in a forfeiture in Nevada is only about $900, an amount far less than what a lawyer might typically charge to get it back.

“The current forfeiture scheme is broken because it doesn’t address all of these small amounts that are seized and subsequently forfeited, where someone doesn’t have the resources to appear in a civil case and to litigate whether or not they should have their money back,” said Lisa Rasmussen, a Las Vegas attorney. “It’s much easier to do this in the context of the criminal case.”

Rasmussen and Lee McGrath, an attorney from the libertarian public interest law firm Institute for Justice, noted that the bill would not hamstring cases that involve federal joint task forces or larger forfeitures, such as those involving drug cartels.

Law enforcement and local government interests oppose the bill. Local entities are permitted to keep a share of forfeited assets and would lose some funding even under the latest bill’s limited aim at drug cases.

Testifying in opposition, the city of Henderson, the Las Vegas Metropolitan Police Department, the Washoe County sheriff’s department and the Nevada District Attorneys Association also defended the current process and raised concerns about lost revenue from forfeitures and increased workloads for prosecutors. A fiscal note submitted by Metro Police estimated an annual $500,000 impact.

The agencies also objected to a provision that sets a lower limit on asset forfeitures of $200. Surprisingly, such small amounts are sometimes seized, and are almost never returned to the victims of the seizure even when the case is not followed up with any criminal prosecution.

“We should remember that the purpose of forfeiture law is that crime should not pay,” said John Jones, of the district attorneys association. The $200 limit, he said, “means that crime can pay in increments of $200 or less.” Jones appears to have overlooked the many reported cases of wrongful forfeiture.