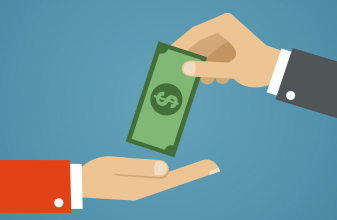 Unlike many advantage players, I don't view all casino employees as the enemy. Becoming a dealer is just like getting a job as a bartender. But, there comes a time where they either get absorbed into the casino culture and become lowlifes or their conscience bothers them for what they are doing to many of their patrons.

You don't really think that Caesars is an “Entertainment” company, do you? It's just a big money machine designed to take money as fast as possible. Do you know that 80% of the casino's profits come from just 10% of its customer base? Want to guess that a large chunk of that 10% turns over every year or two. Why? because the casino busts them out.

There's not enough freebies in the entire casino for that 10% to get “entertainment value.” The whole entertainment thing is a lure for the 90% of customers so that the casino can find the next member of the 10% club and soak him or her dry. Aside from the occasional dealer or cocktail waitress, do you think the casino ever feels bad about busting these people out....of course not. You probably think a casino host is really your friend, lol.

Yes, casinos are just companies going for a profit, but don't you think it is the slightest bit distressing that there is no limit as to how bad a player you can be (the casino is always willing to make over and above their theoretical win on any given player), but as soon as you exhibit any skill you're treated like a criminal and your picture is sent all over town? A major casino company was asked why people on their self-exclusion list kept on being allowed to gamble -- they said..."We have too many patrons to be able to keep track of who is supposed to be able to gamble and who isn't.” Funny how this same casino is one of the most notorious database participants.

Why doesn't the casino put the self-exclusion people into their surveillance database? Because it is in their interest to let them gamble away their life savings. Likewise with drunk patrons...why does the casino let obviously plastered patrons continue to gamble...because the casino has a bigger edge against drunk patrons than sober ones...and guess what...the more drunk they are, the bigger the edge gets.

Now, that said, for many people casinos can be a good entertainment value (the 90% of the people that only create 20% of casino profits). The casinos don't make much money from these people because they play the comp game and budget their money. That is okay for the casinos because it's all about the law of large numbers...eventually one of these wise players will go on tilt (unless they learn to count cards and get backed off or otherwise kicked out).

Personally, if I ever go back to the real world instead of full-time casino play, I will probably use the casinos for some virtually-free vacations using Max Rubin's Comp City info. But don't delude yourself into thinking that the casinos were built for the masses of customers. The masses of customers are all just really prospects for the “Player Development” department. The real money is made from just a few super suckers that the casino really takes advantage of.

The Stereotypical Card Counter
August 19, 2021 5:07 pm
I don't care much for casinos either. They make their money off of problem gamblers. It gets worse when you realize that Caesars does a more effective job kicking people out of all their properties under threat of arrest/confiscating chips. A casino company is only as good as the money we APs can make off of them.