The View From Inside 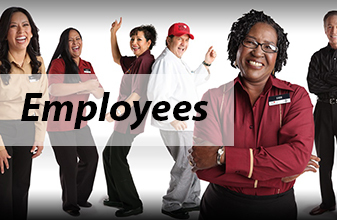 As a former casino floorperson/dealer for almost 4 years, and having a B.A. in Sociology, I believe I am qualified to address this subject. Understanding casino personnel (or to some, "the enemy") can prolong your playing time and can be a very valuable tool in your repertoire.

There are many universally used strategies to become more of a "person" that are very important in a casino. Just as people are taught that if you are getting mugged or robbed, make yourself "a real person" by speaking about your life and family, the same can be said when speaking to a casino employee. The reputation of card counters and other advantage players is negative enough to where most employees believe that anyone having a normal conversation with them could not possibly fit into those 2 categories. When the time comes to observe your play, the floorperson may very well overlook you and start watching another game, based solely on your conversation.

There are two things to remember when speaking to a casino floorperson. Just as if you were speaking to a police officer, speak to them so as to feed their ego, and reduce their unfamiliarity with you. When a cop is walking up to your door, he doesn't know if you are an escaped convict with a gun or a harmless soccer mom. When a pit manager sees you sit down on a game, he doesn't know a thing about you. You could either be random chunking Asian man or you could be the ghost of Ken Uston. Just like in every other profession, you are guilty until there is reason to believe otherwise. It never hurts to subtly compliment someone. People like to be recognized for their skills and achievements. Don't jokingly address them as "Bossman" -- rather use respectful terms. I was very young for the business, and lots of people felt the need to point that out. Those who did so respectfully earned points with me, while those who asked me who I was planning on taking to prom, or when does my internship end, did not. Feed their ego; recognize their authority and you will improve your chances of longevity.

Be observant, but not paranoid. When the phone rings, IT'S NOT FOR YOU. Surveillance almost never calls the pit, and if surveillance has decided you are a counter, they will contact the shift manager, not the pit. The only possible time it could be for you is if you are switching pits, and a floor supervisor is calling to give a heads up on a, “Possible AP on BJ22 seat 6, red shirt.” Otherwise it’s not for you. Often the pit personnel call each other to talk about where they want to go after work or to make fun of a customer wearing something or doing something bizarre.

Do not dress up. I can remember reading something in a BJ book by a well known BJ author that suggests dressing up to play the part of a gambler. It's false. Anyone wearing a leather jacket gets automatically counted down where I worked. It helps if you're a funny guy, because counters have no sense of humor (stereotypically), but no jokes during the backoff. Even acting stupid is the wrong move. If you are being backed off or 86'd there is nothing you could possibly say to change their minds. Acting innocent or confused is all a waste of time, and there is nothing funny you could say that we haven't heard. Anything you say or do will only make yourself more memorable when you decide to return. Don't ask to flat bet, don't ask if its OK to play keno, just find the nearest straight path to the exit.

Learn the shift change times. Management usually comes in just before the dealers come in -- sometimes an hour earlier, sometimes 20 minutes earlier. During the last hour of their shift, floorpeople's minds are anywhere but on advantage players. Their minds are drained from putting up with whiners, complainers, degenerates, drunks, smart assess, and every other person who wears them down.

Always ask for comps. Even if you don't want to eat, you can always try to trade it in later. Some smaller casinos will give a player a comp every time he plays, and some lesser-value comps, such as deli or buffet comps, are sometimes not even logged in the computer. Bigger places aren't like that, but often floorpeople have at least a small amount of discretion. This is where getting to know them or at least making a few respectable comments towards them will go a long way. Comps are a big part of the game. Regular players easily accumulate thousands in comps per year; don't pass them up. Generally I suggest always using a player’s card. The worst that can happen is you get backed off and you can’t use your name there anymore. Player’s card databases are usually not run against card counter detection databases. For instance, I have been in Griffin for a while, as well as my name being posted numerous times on the Internet, but I can still use my real name almost anywhere I have not been backed off. I have seen Griffin flyers of myself, but I can still use my card with my real name for comps at all the major properties.

One suggestion for those who need alternate-name player’s cards is through the credit card companies. Credit card companies will usually send you a credit card with whatever name you want them to put on it. Usually its not to hard to get a player’s club representative to make you a card with this fake name by saying all you have on you at the moment is a credit card, although they are not supposed to. Use your people skills here and it should work out. But be careful, big comps such as room comps will require government-issued ID to check in or to use a comp. If you decide to not play with a card, don't worry. In my estimation at least 25% of people are refusals. That's far too many to draw heat on someone just for refusing their name. People refuse to give their name for many reasons, including superstition, they don't ever plan on returning to this casino, they just don't wont comps, they think the government will come after them for taxes, and so on.

Be observant of heat. If a PC keeps staring at you while speaking on the phone, they could be calling someone to check you out. People often look at the person they are speaking about when on the phone. There's always one floorperson per section, which is anywhere from four to six games. If suits start appearing out of nowhere, beware. They will usually try to be inconspicuous, and observe your play from a distance, or from behind you. Occasionally if they are not in the mood or don't have the time for a backoff, they will intentionally hawk your game giving you as much heat as possible just to get rid of you. Usually it’s a good idea to go at this point; this is a free pass to get lost or else. Be careful for places with exceptionally good games. At some casinos, surveillance watches the good games 100% of the time; in such casinos, no call from a floorperson is needed if you are playing a great game.

Playing on different shifts is a good idea, but it’s not foolproof. I have worked with many people who were amazing at remembering faces. One guy I knew could place every face he had ever seen from many years back. He could spot card counters he had backed off years earlier. Even I made a habit of remembering the face of everyone who played in my section, and often I would surprise people by saying, "Wow, haven't seen you in six months". Also shift managers are constantly being moved around on different shifts, at least every few months.

Be careful of dealers. Dealers hate players, especially ones that don't tip 20% of their win. Many dealers are loyal to their workplaces, and will often report any suspicious play. You might be able to go 10 - 100 without a PC in sight, but as soon as the dealer goes on break they could very well report you. Also some dealers are dual-rates; they either deal or stand floor that day, depending on the needs of the casino. And then there are dealers who want to look good for future promotions. Dealers have heavy competition for promotion at smaller joints. Dealers at bigger properties usually make the same or more than floorpeople and competition is not there for promotions.

I cannot stress enough to work on your people skills. Find a way to become real. Tell people stories about your life, your family, your background, and anything else you want. “Normal” people don't count cards. Work on counting and talking at the same time. If you can get the PC talking, there's a real good chance they can't talk and count at the same time. A friendly person would never be suspected of spreading right in front of a PC's face. So be friendly, be real, and do your thing.