Low-stakes card counter’s first back off 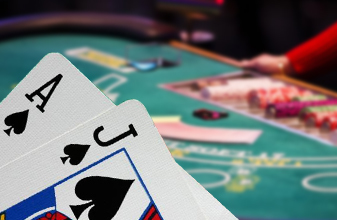 I experienced two problems on a recent Las Vegas visit. I've been counting for about four years, with two or three LV visits per year. This is the first time I've had these problems:

At a large chain -- off strip: At my favorite casino in this chain, playing double deck, I was spreading 1-8, $25-200 (see bet spread). I played one session per day for two consecutive days and was a winner both times -- different shifts. I bought in at $300 and cashed out at around $3000 each time. I didn't think I was being very aggressive in my spread and tried not to be too obvious on raising my bets. Each session was 30-45 minutes. I noticed the pit lady answering the phone; she came to my table (two other players at the table), took the cards from the discards, spread them out on her table, looked through them and put them back. I'm pretty sure she was checking on me. I colored up and left the table. The pit never spoke to me -- so I wasn't officially backed off. I didn't try to cash all 3k at one visit to the cashier, but the cashier insisted on identification to cash the purple chips. I resisted, she (cashier) became threatening, so I gave an ID -- at that point, I just wanted to leave. So she called in my info to the blackjack pit -- I have had a player card before, but wasn't playing on it this visit. I left and didn't play anymore this trip at any of this chain’s casinos.

At a competing chain’s casino: At double deck, I played only 15-20 minutes, spread only $25-175. I didn't think I was being aggressive, but the pit guy caught onto me quickly. I bought in at $300 and quickly went up to about $1800. I was going to finish that shuffle and quit when I got the shoulder tap. He said I was done with blackjack, and that my play was "too strong for us.” I didn't argue about that, but he insisted on an ID to color my chips. I resisted, he became threatening, Again, I just wanted to leave at that point. I gave my ID, he found me in his computer from a previous player's card. I cashed my chips with no further incident and left the property.

I’m hoping for some comments/advice/suggestions from some of the more-experienced players:

DM21: First of all, NEVER show them your ID. It defeats the reason for playing anonymously. When you get the tap, grab your chips and walk out of the closest exit to you. You can change your look and cash your chips on another shift. You will get plenty of back offs playing DD in Las Vegas with a moderate spread, especially if you are winning.

The cards you have there are now toast. If they have a website for the players club, log in and change all of the personal information that you can. Then toss the cards so you won't accidentally use them in the future.

Your information was likely sent to the other casinos in that chain so you shouldn't go back to any of them for a few months. You should be able to play unrated at them after the email or other notice makes it to the bottom of the page. You should be able to go back after a few months to the places the backed you off but you should play the other shifts. Remember that surveillance has a different schedule than the floor, so try to go 8-16 hours after the time you got backed off. You should try to change your look as much as possible and hope that you don't last too long in their memory.

Youk: To piggyback on DM21's comments, one of the worst things you can do is show your ID. Now you basically have no chance there for the near future, and possibly later because they now can ID you more easily. Now you know, and you won't feel pressured the next time you get backed off. In response to your last question, it doesn't really help to mention casino names in posts.

21forme: NEVER SHOW ID. Too late now, but you are done with both chains this trip, and as already said, toss the cards. You should be okay in a few months. After a backoff, just leave. Most cages have cameras on the wall behind the cashier, or within the bars/columns on the counter. They will get their best picture of you at the cage, as it's straight on and not from overhead.

Hockeydad: Agree with all posted above, I will add … you had large wins based on your bet levels. You should have left much sooner. You were rubbing their face in it, and provoked a reaction. Las Vegas casinos are not known for their tolerance.

Jack Vegas: It’s not necessarily bad to stick around when losing. The farther you get from Las Vegas, casino employees tend to be less skilled at detection and there will be some places that only believe you are counting if you are winning, so you will be leaving EV on the table if you get up and leave when losing. However, it will be very tough figure out which kind of place you’re at without risking a backoff at that place.

Voljack: A caveat to Jack Vegas’s comments -- digging out of a hole to break even can be seen as a win by the casino. Particularly if you bridge shifts and start winning on another shift. You are also giving them more data to accumulate.

EmeraldCityBJ: Playing at the same store on consecutive days was a mistake. A 3k win with your spread at the type of places you described is likely to get noticed. It seems to me that you could have found somewhere else to play the next day (or week, or month) given the number of casinos in Las Vegas.

LVBear: You’ve received first-rate advice above. You should also familiarize yourself with The Art of Ratholing by AceTen, and LV Bear’s Guide to Minimizing Risk of Personal Injury During Casino Backoffs and Barrings.

It's amazing, but the chains are remarkably bad at keeping track of players they have " banned ". I have been walked at 4 different casinos owned by one of the biggest chains. After a two year hiatus, I am back playing regularly at one of their biggest casinos. I think the key is to stay away for a long time.

Caesars and Jack Entertainment is brutal, Indian casinos are similar but most are professional, MGM is almost as brutal, Boyd is inconsistent, Penn is very friendly, and Delaware North is most friendly even to green chippers who win big.