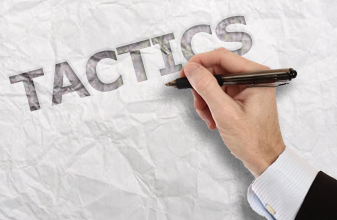 There are a variety of factors to be considered when contemplating cover. Cover betting and cover plays have a cost attached to them. Before employing tactics that lop off what can be a significant portion of your EV, consider the tolerance of the casino for your betting levels. If your top bet is less than $100, you probably shouldn't be using cover at all. The casinos that will give you serious heat at that level of play aren't worth much anyway and it is no big loss to lose them.

Even if your top bet is in the $100 to $300 level, you can get away with playing with little cover at a lot of casinos. I personally think that playing cover has little value. If you use too much, the cost of such cover will negate your advantage to the point that the only meaningful money to be made is by making huge bets. That isn't to say that some cover plays might have some value. For example, most of us don't split tens, even when the count calls for it. That is a cover play that almost everyone makes. Standing on hard 16 versus a ten is another cover play that can be made with a relatively low cost. Some other cover plays can reduce variance. Not making soft doubles against 2's and 3's is an example. One cover play to consider is the occasional taking of insurance with your minimum bet out. Don't do this all of the time, but every now and then doesn't hurt too badly. You could decide to take insurance whenever you see a diamond ace for example, or every other time you see one. It just shows the pit that you will take insurance at times when you don't have your big bet on the table. If you go beyond that, you will start getting into more costly plays and I question if the return in the form of reduced heat is real or if it is worth it in the long run.

Cover betting carries a heavy cost if utilized to the point where you are only increasing bets after a win or decreasing bets after a loss. Some better ways to utilize cover betting might include making a big bet off the top when the pit boss is taking your rating card or watching your play immediately after your buy-in, especially in games with a relatively low house advantage off the top, such as pitch games or shoes with good rules. That way, the pit boss sees you making your biggest bet up front at the top of the shoe and this may deflect extra attention when you make it later on in the shoe. Avoid large jumps in bets, like going from one unit to twelve units in one fell swoop. Avoid moving to two hands most of the time. This has become a red flag for many pit bosses. We love being able to put more money out without increasing our risk, but the other side knows we love it. Don't bet in lock-step with the count in even units. Mix your units up a little bit.

Our demeanor can be important as well. Don't act like a jerk at the tables. Backing off or barring a player is often a subjective decision, and it is easier to back off a person who behaves in an objectionable fashion than it is to back off a nice guy. That doesn't mean they won't back off nice guys, but they may be a little less likely to drop the ax as quickly.

Don't camp out at one table or in one casino for hours at a time, unless you are sure you can get away with it. There are regional casinos where this is possible, but if you are playing in places like Las Vegas, Reno, or the Mississippi casinos, lengthy sessions are not going to be a practical approach. Combined with short sessions of less than an hour is the fact that you are going to show some session losses, which can be a good thing. In fact, be willing to take a session loss. A downfall of many counters is the fact that they cannot take a session loss and they wind up exposing themselves and their play to the pit for hours on end in an attempt to get back their loss. You can get that loss back just as easily at the next casino and in the next session.

Ratholing chips is an approach that many folks take. You don't need to hide hundreds of dollars at a time. In fact, it is best not to rathole black chips. Rathole green or red. You can do this when you take a restroom break by taking most of your chips with you and not replacing all of them upon your return. You can slide a chip into your pocket when the pit isn't right in your face and when the dealer is otherwise occupied with things like shuffling or making payoffs at the other end of the table. If you can rathole nothing more than your hourly EV, you will show yourself as a loser in many more sessions.

There is no cover that works all of the time and no cover that works every time. If you are playing a good solid game, they are going to get you sooner or later, unless your betting levels are so low that they just don’t care. Even then, a low roller who camps out at one table for hours might get nailed. They don't like getting it rubbed in their faces and that's the way they might see it, even for a low roller. Nowadays, we are often under scrutiny from the eye and our play is being evaluated by software. However, unless you are a high roller, in most cases that scrutiny has to be requested by the pit. Using the cover mentioned above might keep the pit from making the call, but it is wise to remember that it won't always work. It is also wise to accept the fact that sometimes you will get the tap. It isn't the worst thing that will ever happen to you and you will survive to play another day.