Fitting In at a Casino 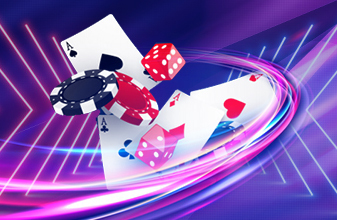 Here are some comments from Green Chip members about card counters and other advantage players trying to avoid unwanted scrutiny by casino employees.

These are the words of Samuel, writing about Atlantic City:

I have been playing blackjack full-time for nine months and have tried many playing styles to remain one jump ahead of the casino people. Clean-shaven, I have an image as a friendly “dumb” player throwing his money away. With a beard, I find I am suspected before I sit down solely on appearance, even though I dress well and try to look rich.

I get the least heat playing the $100-minimum tables where, remarkably, there are some of the worst players. Playing black chips at a low-limit table brings immediate attention. The dealer calls out “black in action” and the floorman rushes over to stare at me. At a high-limit table, purple-chip action does not raise an eyebrow; the attitude toward big action there is blase. Winning $1000 at a low-limit table will create an anxious atmosphere, but winning $3000 at a high-limit table passes unnoticed.

I wear a “player number” button from one casino when I visit another. They think I am a junket customer.

I have been trying hard to camouflage my counting and bet spread at the casinos, but I have by no means perfected it. I think several things give me away or attract attention. I am young, white, and bearded; my eyes follow the turned over cards; I am quiet; I concentrate intensely. My question does not center around the corrections to these problems as much as what many dealers do when they suspect me of counting.

The dealers in various casinos repeatedly have me cut the cards, whether I am winning or losing, no matter how many others are at the table. Is this some kind of “inside” signal to the floorman or the “eye in the sky” that I am suspected of counting and should be watched more closely?

Having you cut the cards is not a signal to have you watched. This is what Arnold Snyder says in an article that originally appeared in Card Player:

Card counters live in fear of discovery. That is what makes it fun. The cops-and-robbers aspect of professional blackjack lends an air of play-acting, with a secret hint of danger, to the mundane recreation of gambling. You just cannot get the James Bond rush at a crap table or a bank of slot machines. Adults in our society, other than real cops and robbers, do not often get a chance to pretend they are not what they appear to be.

Unfortunately, most camouflage comes with a price tag. When you make “dumb” plays for the purpose of confusing the bloodhounds on your trail, it costs you. Holding down your betting spread, insuring your naturals, not taking advantage of surrender or soft doubling opportunities, and so on, are all excellent methods of hiding your counting abilities because, in fact, you are relinquishing varying amounts of your potential gain from counting. If you make too many of these types of camouflage plays, you no longer will have an advantage over the house. What is the value of eliminating the possibility of discovery if there is nothing worth discovering? If you do not utilize the information you gather, then gathering the information in the first place was a waste of time.

What is cost-free camouflage? Rather than misplaying your hands, you allay suspicions by the image you project, the way you look, exploiting general prejudices and preconceived notions that exist within the common pit boss/casino security mentality.

Let us dissect these biases.

1. Age: young. If a young man and an old man are playing at a blackjack table, all other factors being equal, the young man will be suspected of card counting sooner than the old man.

2. Sex: male. If a man and a woman are playing at the same table, all other factors being equal, the man will be suspected sooner than the woman.

3. Race: Caucasian. A white player spreading his bets will be suspected sooner than a Black, Hispanic, or Asian player. This racial prejudice, as a matter of fact, even extends to casinos in other countries. Asian card counters often find the casinos of Asian countries to be profitable, heat-free venues for their action. Their betting spreads and strategy variations are virtually ignored. White players, on the other hand, and especially Americans, are immediately suspect if they play for big money, and they often find themselves persona non grata if they spread their bets even moderately, or win any substantial amount of money.

4. Nationality: American. This is tied into the previous factors. All the notable books on card counting have been published in the United States. This fact does not escape the notice of casino managements in foreign countries; nor is it ignored in this country. In fact, there have been some sophisticated and well-bankrolled European counting teams that have attacked the casinos of the world, including those in the United States. In many cases, these teams have gotten away with incredible betting spreads for lengthy periods of time before anyone in the pit took notice.

5. Demeanor: introverted. You put a quiet, thoughtful player at the same table with a gregarious, talkative player, and the quiet player will be suspected of counting before the talkative one.

6. Dress code: stylish-casual. A player who is nicely but casually dressed will be suspected of card counting before any other fashion type. Card counters do not wear three-piece suits; nor do they dress like outlaw bikers. They do not look like hippies or punks. They are not decked out in Western gear. And they are usually not shabby, not if they are playing for serious money.

7. Body type: ectomorph. You put a fat man and a thin man at the same table, and the lanky guy will draw the heat first. Now I am aware of the fact that there are many exceptions to all of these prejudices. I know that fat counters, female counters, non-white counters, and so on, have all been discovered and barred at one time or another. And I am sure there are some pit bosses and security personnel who will state emphatically that they watch only for playing styles to determine which players pose a real threat to their tables. But all of these prejudices do exist in the general casino-employee mentality. I have heard so many stories from so many players who have found that one or more of these seven factors have contributed to their longevity (or lack of) at the tables, that I believe these biases to be real. Most of them (but not all), as a matter of fact, are based on truths.

Looking at these seven bias factors, we now can draw a picture of the player most likely to be suspected of card counting, as well as the player least likely to fall under such suspicion.

Most likely card counter: a young, white, American male, who is thin, stylishly dressed, and playing quietly by himself.

Least likely card counter: a heavy-set, gray-haired, non-white woman, who speaks with a foreign accent, is loud and talkative with friends or other players at the table, and is dressed in some unusual cultural outfit, or simply cheap, unstylish clothes.

All this is wonderful news for you card counters who have been struggling for years for picayune win rates with constant heat. You can forget those costly camouflage plays that have been eating away at your long-run EV these many years. Just walk in looking like a 70-year-old grandmother; wear a sari and a babushka; rant loudly in some language other than English. Winning was never so easy!

Excerpted with permission from the e-book version of Professional Blackjack by Stanford Wong, edited for this format.11