Will these casinos ever reopen? 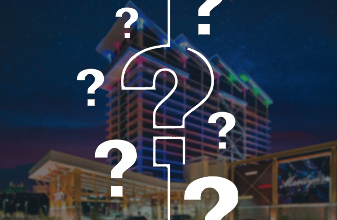 “LV Bear” is a long-time advantage player who has played throughout the United States. He is a regular critic of the casino industry for various misdeeds against the public and general mismanagement.

Years ago, I compiled the “Reno-Area Casino Death Watch List,” wherein I predicted which Reno-area casinos would survive the next few years under their then-ownership, and which would not. Unfortunately, nearly all of the prognostications were correct -- the stores didn’t survive. Reno, which once was a good blackjack venue, has removed the overwhelming majority of its playable blackjack. Little remains that is of interest to blackjack players, whether they be card counters, other types of advantage players, or plain old ploppies who happen to be able to recognize a good game.

Now is a good time to compile a similar list for the Las Vegas area, which would have been unthinkable before The Great Recession, when casinos were rolling in money, and now the pandemic. But here are a few that have already closed, might never reopen, or not reopen under the present ownership. Granted, most were sawdust joints well before their closing, but they appeared to be profitable, mostly grinding nickels and dimes from addicted locals, and shying away from serious action that might occasionally meander through their doors.

Nearly all Las Vegas Strip properties have reopened, though as shown in Current Blackjack News, some are disappointingly without blackjack now. But off-Strip facilities have not all fared well, to the dismay of many casino employees.

Main Street Station and Eastside Cannery, both owned by Boyd Gaming, have remained closed since March 2020. MSS is slated to be reopened sometime this year, but no plans have been announced for Eastside Cannery. It doesn’t appear that Boyd has much incentive to reopen it. Though the facility is reasonably new, the neighborhood is bad with high crime, especially at night. It has gone the way of most of Boulder Highway and become an undesirable part of town. Boyd owns the nearby Sam’s Town, once a nice property, but one that has gone to seed as well. There is no reason for Boyd to own two properties nearly next door to another, when there is hardly enough business in the area to support even one. We can start our list with Eastside Cannery.

The Palms is probably the one among the closed places that has the best chance at a successful reopening. It was recently sold by Station Casinos to the San Manuel Band of Mission Indians, which has a successful casino operation in southern California, appears to have very deep pockets, and is ambitiously planning to reopen. It certainly didn’t buy the property to keep it fallow. After millions of dollars wasted by the Station folks to remodel an already-nice facility, I predict it will become successful and remain so for years to come.

Three others will not be so fortunate, and should be strong candidates for the list. Texas Station and Fiesta Rancho both suffer for being located in bad neighborhoods. They are across the street from one another, just west of some of the most dangerous slums in Las Vegas. Like Boulder Highway, the Rancho Drive corridor, once known as Tonopah Highway, is a crime magnet, especially around where these casinos are located. The neighborhood was once middle-class to slightly-upper-middle class, but has steadily deteriorated over the decades. Most of the patrons of these installations before their closure for the pandemic were casino “fleas,” with reasonable-sized action not tolerated at either place for long. Indeed, Texas Station was well-known for needless nasty backoffs of skilled patrons. It is firmly on the list.

The two Fiestas, Rancho and Henderson, suffer for different reasons. I doubt either will reopen under current ownership, and it might be years before someone, probably a deep-pocketed local or a regional operator from elsewhere wanting to enter the Las Vegas market, takes a chance on one or both of the properties.

Fiesta Rancho has the same bad-neighborhood issue that plagues Texas Station, and it is not fixable.

Fiesta Henderson’s problems are more self-inflicted, but they are many. The facility was allowed to become run down over the years with too much deferred maintenance. The difference from when it was proudly opened as The Reserve to the dump it became in the last few years is stunning. It has a decent movie theatre and the capability of supporting other amenities, but positioning it as a down-market property was a mistake that a new operator will have to work hard to overcome. It is the first medium-sized property one sees when entering the Las Vegas Valley on what is now known as Interstate 11 from Phoenix. It would be a shame for it to be reopened but still be positioned as a dump. Hopefully, an ambitious operator will see the potential of the location and make a wise investment in it. Unless that happens, Fiesta Henderson must remain on the list.

We will revisit these casinos in the future.