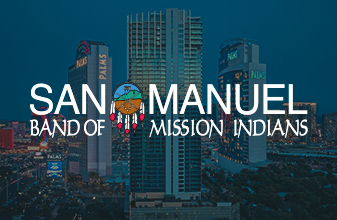 It’s too early to say what the Palms in Las Vegas will look like under its new ownership.

The San Manuel Band of Mission Indians plans to take time to assess its recent $650 million purchase. At the moment, “every and all things are on the table,” according to San Manuel Band of Mission Indians CEO Laurens Vosloo. The off-Strip resort as it stands is a great start, and the tribe is excited to bring its expertise in hospitality, gaming and philanthropy to the Las Vegas community, he said.

“We want to build on what’s there right now. It’s a beautiful property,” Vosloo said recently, adding that the resort will be “gaming focused.” This may be good news for blackjack players, including card counters and other types of advantage players, which mostly peacefully co-existed under the original competent management of the Palms, headed by George Maloof. The original management recognized that what’s good for the advantage player often also benefits and keeps happy “good casino customers,” and therefore the casino operator. Other factors resulted in the eventual sale of the property to Station Casinos, which managed it poorly, eventually being wiped out by bad decisions and the COVID-19 pandemic.

The tribe and its reservation in California

Today, the tribe’s reservation covers over 1,000 acres near the San Bernardino Mountains in southern California. Neighbors of the San Manuel Band of Mission Indians say Las Vegas is fortunate to have the tribe invest in it. “Above all, San Manuel’s interest in the community is genuine. They’re the real deal,” said Patrick Roche, vice president of development at Goodwill Southern California. “They want to be part of the community. They live it and breathe it. And they’re really interested in knowing how they can help.”

The tribe’s philanthropic efforts include a $25 million donation to Loma Linda University Children’s Hospital. In southern California in 2021, the tribe has given grants of $1.5 million to a San Bernardino animal shelter; $20,000 to 50 small businesses hit hard by the pandemic; $100,000 to the Victor Valley College Foundation; and $4 million to Goodwill Southern California.

“If you look at San Manuel in the community and how they have a vested interest in the community, the tribe wanted to do the same thing in Las Vegas,” Vosloo said. “It’s not always just about business. But it’s about how they can make a difference in the community. And so before we even looked at an opportunity, we thought we could be part of the community.”

‘A new friend in SMB’

The tribe itself suffered through tough times when its San Manuel Casino in Highland, CA was closed because of the pandemic, putting its many casino employees temporarily out of work. But even when times are tough for San Manuel, said Roche, “They want to be part of the community. They live it and breathe it. And they’re really interested in knowing how they can help.” “They put their money where their mouth is” in a historically underserved region like the Inland Empire.

“The easy thing for an organization like SMBMI to do would be to say, ‘Oh, great, let’s go and do glamour projects in Los Angeles. so we look like we’re playing in those leagues,’” Roche continued, “and they’ve really been decidedly about: ‘We’re investing into the places that we live in and we work, and we’re investing into making them better.’”

“I just dare say that Las Vegas is lucky to have a new friend in SMB,” Roche said.