Wendover: End of an era? 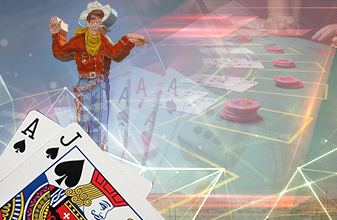 Wendover (West Wendover, NV) has long been widely recognized as being one of the best blackjack venues in the United States for skilled patrons, despite being inconvenient to get to and having only three playable casinos, all under the same ownership. However, as with so much else in 2020, the worldwide pandemic has ruined it. Maybe forever? Hopefully not, but it remains to be seen.

Management long had a professional, enlightened attitude towards skillful players. Hostility and unethical practices rarely occur, such as stealing comps and kicking patrons out of their hotel rooms. However, “rarely” doesn't mean “never,” so the well-prepared advantage player looks at all the possibilities and makes an informed decision. It was a worthwhile venue for many players for many years. But no more.

Since the casinos reopened after the Governor’s shutdown order in March, it hasn’t been the same. Several very recent reports, including Current Blackjack News reporter FK’s report in the December 2020 issue indicate that Wendover is now totally unplayable at any stakes. Of course, this development may not be permanent -- Wendover has had brief intervals in the past of reducing the quality of its games, usually when Peppermill Reno management has held sway over the local managers. But the quick loss of regular “good customers” who'd been spoiled by the great games always resulted in the return to the best games in the nation. But this time, viewed through the prism of the mismanagement of the pandemic both by the U.S. federal government and the Nevada state government (many Nevada observers believe casinos should not have reopened at all yet), it might be a long time, if ever, until the good games return.

Part of reporter FK’s comments, edited for this format:

Conditions are a disaster. The maximum bet has been reduced to $500 and the penetration is terrible. The cards are dealt face down and then turned up by the dealer as each hand is played. Penetration varied considerably among dealers and even varied with the same dealer. I think that the dealers sometimes forgot the new directive to shuffle so early.

Big Brother has reared his ugly head. The three Peppermill properties have wall-mounted cameras that take the temperature of each customer as he enters the casino. The cameras also take a photo image and then store the image. Right now everyone is identified as a “stranger.” The customers are not aware that their image is being taken; I discovered it by accident. Who knows how they intend to use this sneaky feature.

The penetration was excellent in the "good old days" more than a decade ago. It was my favorite venue in the country by far. Everything about it was terrific -- great games, nice people, nice suites, good food, very liberal comps. I have sorely missed the place since my banishment several years ago. I guess there's no reason to miss it anymore. RIP, Wendover.

As you know, my friend WilyM and I made fairly frequent trips to Wendover for several years. Wily said that those returns home from Wendover were some of his fondest memories as an AP. We had a routine of leaving our hotel about 5am, stopping at the drive-thru at a fastfood place near (or perhaps part of) the convenience store just west of the Peppermill to get a go cup of coffee, and heading to SLC. Wily said he nearly always found himself with a big chunk more than he left home with (uncannily true) and thoroughly enjoyed that desolate early morning ride sipping his coffee while I drove. As we neared SLC and traffic began merging onto the highway, we usually had a nice chuckle about all those poor folks having to get up so early to go into work that day. At SLC we grabbed breakfast at the food court and then headed to different terminals. Within a week I would receive an email from him with possible dates for our next trip to Wendover.

We will report on conditions in Wendover from time to time.

Portions of the above were originally published on bj21.com Green Chip, edited for this format.