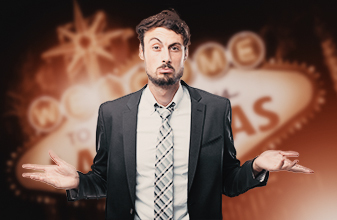 I'm a fairly new Las Vegas resident and plan to start counting cards here soon. I'm planning on playing part-time, maybe 15-20 hours a week if possible, focusing only on shoe games, playing unrated, and with a hit-and-run strategy of not playing anywhere very long. One of my main concerns is longevity since I plan on living here for at least a few years. Obviously, I'll eventually get backed off at a lot of places, even when spreading around my action.

Should I maybe only go for around 10 hours a week to possibly keep the pit personnel`s short-term memory of my play/face fuzzier, in order to try to last longer? Another thing I'm trying to figure out is how closely the shoe games are watched when it comes to wonging? I know heat here is worse than anywhere else in the USA, so if I try employing the wonging strategy for even a short matter of time anywhere, I feel like there's a good possibility I’ll out myself sooner than just sitting down and using a strong bet spread for a short time. I don't have a huge bankroll, but it's big enough to not have to wong at the $25 minimum level games in order to have a low Risk of Ruin (although those will be the biggest tables I’ll be playing, spreading somewhere in the area of 1-15), so I'm not sure if wonging is worth it or not.

I’ve noticed in CBJN that there are also some red chip eight-deck games on The Strip; on those, should my spread be drastically cut down in comparison to what I’d be doing at the $25 minimum games, or are those games not as closely watched?

I know that none of my questions can be answered all that easily due to all the variables, but any advice or opinions on what I mentioned or anything else that may help is greatly appreciated.

Rockky176: Here are some suggestions.

"Do not count on it.” Las Vegas is among the worst places to count cards at present. If you do, try to play low stakes unrated and do not make it your major gig.

Connect with other players who are residents of LasVegas when you can.

Do and learn other advantage play methods that Las Vegas could be good for, such as coupon hustling, sports betting, and getting some comps by playing video poker.

Learn and play small tournaments, or play video poker to qualify for big ones.

vagabond: You can probably get away with the hit and run strategy in Las Vegas up to 2 x $300 max bets on shoes. I recommend leaving Las Vegas or moving on to something more advanced when you get to the next level.

bigplayer: "Eventually" will come sooner than you think. The Strip, for the most part, is unplayable unless you can play $50 or higher-minimum games. Most locals places will boot you quickly if your top bet is more than $100. There are no good red-chip games on the Strip. Everything below $25 (and usually below $100) pays 6 to 5. There are a few locals places and maybe one or two downtown casinos that take action reasonably well. Unrated play is highly suspect everywhere.

Ryemo: Las Vegas is tough these days. First off, you'll definitely want to stay unrated and don't give up your name. Las Vegas is unbelievably sweaty nowadays. Since you'll be living there, you'll want to search for tolerance vs. playing the best game in town.

Consider short trips to California and other parts of Nevada. There is opportunity, but you have to look for it. Good luck.

Black Angler: I moved to Las Vegas somewhat recently as well, and have played casino games as my sole source of income for just a couple months now (out of necessity -- I don't plan to do this full-time any longer than I have to).

I think medium green-chip bet spread, non-rated hit and run is the sweet spot. It will get you games that are good enough, and while the town is definitely sweaty, I've had just one back off in 100 hours of table time. Getting in 20 hours a week is hard. Really hard. Rotate, rotate, rotate … days, shifts, etc. The most important thing I've learned since playing full-time is that it can turn into a serious grind, so try to keep it fun. When it feels like a job, it will look like you are there to work, and while you have to maintain that feeling on the inside, you never want to let it appear that way on the outside.

I've developed the art of the "ploppy stroll" -- it’s kind of funny, but how you walk can be a serious indicator to observers. I play a lot of double deck, so does it appear that I've made a beeline directly from the garage to the table? Noooooo… I stroll by and, “Oh, what's this? Only two decks? You get to hold the cards?” How cool! If you’re trying to appear to be a ploppy, you have to walk, talk, and act like one as much as possible, without seeming unnatural.