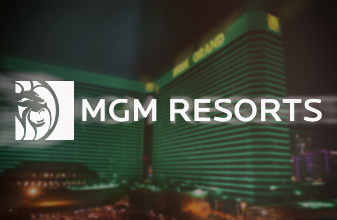 MGM Resorts International announced a major downgrade of its players card program, M Life Rewards. M Life has generally been regarded as one of the better programs, at least partially because of its partnership with World of Hyatt and other non-casino companies.

The program will be cheapened by MGM starting in February 2022. Patrons will earn fewer “Tier Credits” for their play, and lose other high-end benefits.

And the program is changing how you earn Tier Credits at participating Hyatt hotels. At present, M Life members receive eight Tier credits per dollar for room and other charges at participating Hyatt hotels over and above their usual World of Hyatt points accumulations. But beginning in February, members will need to choose and specify Tier Credits instead of World of Hyatt points.

Probably the worst change for advantage players is that M Life Rewards is also downgrading the earning rate when playing machines, including video poker, to be similar to the relatively meager table games method. Complete details are not yet available, bu, MGM’s website notes, “starting February 1, 2022, earn Tier Credits playing slots, video poker, and video lottery terminals based on length of play, average bet, and game type.” The length of play factor will hurt skilled patrons the most. The typical skilled machine player plays tremendously faster than the average “good casino customer,” accumulating coin-in with significantly less time needing to be invested. The points accumulation has traditionally been based on coin-in alone, with no length-of-play component.

Overall, it will be more difficult to earn M Life Rewards elite status. The program downgrade is making it more time-consuming, and in many cases more costly in terms of negative expected value, to earn Tier Credits, but it is not reducing its existing tier-credit-accumulation requirements for the various levels.

Although high-end status will be harder to earn, there will be no new benefits. In fact, benefits are being downgraded as well. For example, the “Platinum Experience” upon check-in at Las Vegas properties will be suspended indefinitely.. This is where Platinum and Noir members are offered amenities like free tickets to the Shark Reef Aquarium at Mandalay Bay, Bellagio Gallery of Fine Art or the Big Apple Roller Coaster at New York-New York.

Additionally, automatic bonuses on Express Comps based on Tier Status earned from playing machines will be discontinued, to be offered only as part of promotions.

The downgrades don’t affect those who earn their tier status via a status match from World of Hyatt. If a patron has any World of Hyatt elite status level, they will continue to be able to match their status to M Life.

Interestingly, the company is now using the name “MGM Rewards” seemingly interchangeably with M Life, though there has not been an announcement that the program has officially changed names.