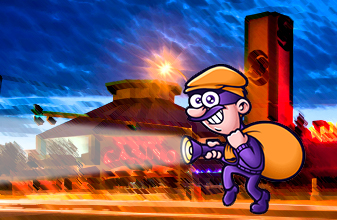 Recently, a question arose as to what crime, if any, is being committed by a casino employee when they unlawfully detain an advantage player, and what can be done about it if the player is so inclined.

For those who are tired of always being on the defensive, or if you just want to know what the law is, here are the Nevada statutes on the subject of false imprisonment and your ability to make a citizen's arrest, along with the responsibility of the police to take the perp into custody. The italics were added by me.

1. False imprisonment is an unlawful violation of the personal liberty of another, and consists in confinement or detention without sufficient legal authority.

2. A person convicted of false imprisonment shall pay all damages sustained by the person so imprisoned, and, except as otherwise provided in subsection 3, is guilty of a gross misdemeanor.

3. If the false imprisonment is committed:

(a) By a prisoner in a penal institution without a deadly weapon; or

A private person may arrest another:

1. For a public offense committed or attempted in his presence.

2. When the person arrested has committed a felony, although not in his presence.

3. When a felony has been in fact committed, and he has reasonable cause for believing the person arrested to have committed it.

An arrest is the taking of a person into custody, in a case and in the manner authorized by law. An arrest may be made by a peace officer or by a private person.

NRS 171.1772 Issuance of citation after arrest by private person.

Whenever any person is arrested by a private person, as provided in NRS 171.126, for any violation of a county, city or town ordinance or state law which is punishable as a misdemeanor, such person arrested may be issued a misdemeanor citation by a peace officer in lieu of being immediately taken before a magistrate by the peace officer if:

1. The person arrested furnishes satisfactory evidence of identity; and

2. The peace officer has reasonable grounds to believe that the person arrested will keep a written promise to appear in court.

NRS 171.1774 Form and contents of citation: When issued after arrest by private person.

1. In those instances described in NRS 171.1772, the peace officer summoned after the arrest shall prepare a misdemeanor citation manually or electronically in the form of a complaint issuing in the name of “The State of Nevada” or in the name of the respective county, city or town, and containing:

(a) A notice to appear in court;

(b) The name and address of the person;

(c) The state registration number of his vehicle, if any;

(d) The offense charged, including a brief description of the offense and the NRS or ordinance citation;

(e) The time when and place where the person is required to appear in court;

(f) Such other pertinent information as may be necessary; and

(g) The signatures of the private person making the arrest and the peace officer preparing the citation.

2. The time specified in the notice to appear must be at least 5 days after the alleged violation unless the person charged with the violation demands an earlier hearing.

NRS 171.178 Appearance before magistrate; release from custody by arresting officer.

1. Except as otherwise provided in subsections 5 and 6, a peace officer making an arrest under a warrant issued upon a complaint or without a warrant shall take the arrested person without unnecessary delay before the magistrate who issued the warrant or the nearest available magistrate empowered to commit persons charged with offenses against the laws of the State of Nevada.

2. A private person making an arrest without a warrant shall deliver the arrested person without unnecessary delay to a peace officer. Except as otherwise provided in subsections 5 and 6 and NRS 171.1772, the peace officer shall take the arrested person without unnecessary delay before the nearest available magistrate empowered to commit persons charged with offenses against the laws of the State of Nevada.

3. If an arrested person is not brought before a magistrate within 72 hours after arrest, excluding nonjudicial days, the magistrate:

(a) Shall give the prosecuting attorney an opportunity to explain the circumstances leading to the delay; and

(b) May release the arrested person if he determines that the person was not brought before a magistrate without unnecessary delay.

4. When a person arrested without a warrant is brought before a magistrate, a complaint must be filed forthwith.

5. Except as otherwise provided in NRS 178.484 and 178.487, where the defendant can be admitted to bail without appearing personally before a magistrate, he must be so admitted with the least possible delay, and required to appear before a magistrate at the earliest convenient time thereafter.

6. A peace officer may immediately release from custody without any further proceedings any person he arrests without a warrant if the peace officer is satisfied that there are insufficient grounds for issuing a criminal complaint against the person arrested. Any record of the arrest of a person released pursuant to this subsection must also include a record of the release. A person so released shall be deemed not to have been arrested but only detained.

A police officer faces criminal liability for failure to take an arrested person into custody:

NRS 199.260 Neglect or refusal to receive person into custody.

Every officer who, in violation of any legal duty, shall willfully neglect or refuse to receive a person into his official custody or into a prison under his charge shall, in a case where no other punishment is specially provided by law, be guilty of a gross misdemeanor.

If you feel you may one day wish to move from the defensive to the offensive and make a citizen's arrest for false imprisonment, you might want to copy the code section for this (NRS 200.460) and that of authority for citizen's arrest (NRS 171.126). It may come in handy if the policeman who responds to your request feigns ignorance.