Downtown Las Vegas, what happened to you? 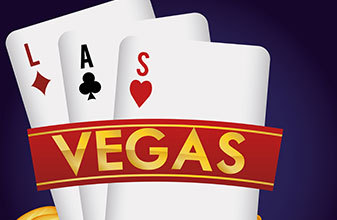 Years ago, I enjoyed playing blackjack and other advantage play games in downtown Las Vegas, and made frequent appearances there. Over the years, as my play increased to high stakes beyond what most downtown places would tolerate and the games continued their slow deterioration into mostly garbage, I went downtown less and less. In recent years, I have worked almost exclusively just one downtown casino, parking at it and never walking out onto the Fremont Street Experience.

In the last couple of weeks, being the most beautiful-weather time of year here, I decided to spend a bit more time downtown checking some of the other casinos that I’d eschewed for so long. Today’s reality of real-world downtown vs. my memories of fifteen or twenty years ago are startling.

I started my expedition from near UMC where I took care of unrelated business, then approached downtown via Charleston Blvd. to Main Street. It was my first time off the I-15 at the Charleston interchange since Project Neon concluded. I must say, with the exception of the idiotic HOV lanes on I-15, Project Neon has been a great accomplishment by NDOT.

The ancient Charleston Underpass, which marks the spot that fifty years or so ago was the end of I-15, is now awash in graffiti. Too bad no one thought to cover the unsightliness as part of the redevelopment project. At least it hasn’t flooded in the last decade as it used to do.

Driving north on Main Street, which is now inexplicably a one-way street, I felt like I was in the slums of Baltimore or St. Louis. An old favorite, Gamblers General Store, has moved across the street from where it used to be. Sadly, I doubt if many tourists make the several-block walk from Fremont Street to the store anymore. They would have to pass vacant and boarded-up buildings on both sides of the street, and homeless people aimlessly drifting about or sleeping against abandoned properties, some almost directly across from the Greyhound station. Graffiti and trash was everywhere! Despite the gleaming new City Hall being located on Main Street, it looks like the city has given up trying to maintain clean sidewalks. This has been a declining part of town for a long time, but it has never been like this. It was appalling.

The Fremont Street Experience itself wasn't clean and nice either. Street performers (“buskers”), probably bums and drug addicts, were in their little circles doing their mostly pathetic acts. It’s too bad Las Vegas has to be saddled with these creeps, some of whom are solidly a part of the city’s criminal element. I wish they would go away. Homeless people were also observed under the canopy, some with signs begging for money. Overall, the street felt like a cheap carnival, not what a world-class tourist city should feel like.

On my way out of downtown after one of my visits, I drove past crime scene tape surrounding a dead body just off Casino Center Blvd., which is now effectively the southbound portion of Main Street when exiting downtown, because of the one-way configuration. Not a good image for tourists!

Fortunately, some of the casinos are still worth a visit -- in fact, some of their blackjack offerings are better than they were a few years ago, if you’re willing to play short sessions (usually good advice anywhere in Nevada), at a bit less than high stakes. I don’t intend to provide a roadmap to these games, but they are there if you search carefully and have good game selection and casino comportment skills.

At the other extreme, Binion’s, once the popular last bastion of sometimes-playable Rule of Six governed single-deck blackjack in Las Vegas, no longer offers any blackjack, only 6:5 garbage games. On one of my visits, I noticed a sign lamenting that Binion’s is Unfair to Immigrant Labor. It didn’t specify “illegal aliens,” so is anyone who is not a natural-born United States citizen treated unfairly? Just them? LOL.

Four Queens, under the same ownership as Binion’s, is also not worth entering if looking for blackjack.

On a happier note, the Starbucks just off the street inside Golden Nugget is fast and efficient, the friendly staff handling a large volume of customers very well.

The Girls of Glitter Gulch no longer exists, replaced by the never-ending promise of progress. The construction of the Circa dominates the west end of the street, and isolates California Club outside the construction zone when driving past on Main Street.

I skipped the east end of Fremont Street, thus don’t have current information on whatever might be left of the once-moribund but supposedly-resurging Neonopolis, or The D, the Lady Luck-reincarnate Downtown Grand, or long-time sweatshop El Cortez. I might visit those dumps in the near future.

Having unexpectedly rediscovered a few playable games, I will now and again stick my head into the maw of downtown. Despite the sadness of seeing so much blight, I’m glad I wandered around down there.