Things are not always as they first appear 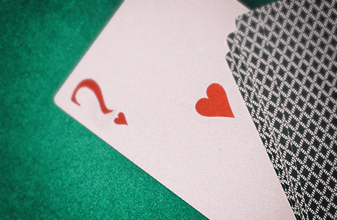 I have read many posts from inexperienced card counters who worry about supposed heat, and I thought I'd report about a couple of sessions where I got the wrong read from the pit:

I was playing at a small casino in a remote location. It's the only casino around, and my only choice at this time of day was to play-all at its eight-deck (8D) game. The rules were mediocre, but the penetration was acceptable. Unlike most 8D play-all sessions where you tend to bet small and trickle chips from your stack back to the tray until you get a monster shoe which either pays big or takes big depending on variance, in this session the chips were coming my way in a slow, steady stream. After a few hours, I'd accumulated a win big enough that I knew it was probably going to get felt by a place this small. The shift manager was frequently on the phone, looking in my direction, and perhaps sweating size of the win.

Eventually, I decided to get a comp and order some food to go. While waiting for the food, my table filled up, slowing the game to a crawl, and the casino opened its lone double-deck game. I figured this place would probably sweat the double-deck game far more than the 8D game but thought that playing for a few minutes while waiting for my food to show up was a reasonable thing to do. Shortly after buying in and playing a couple of shuffles, I'd managed to rack up even more chips, further screwing up the shift for this small place. I observed the shift manager get off the phone, leave the pit, and walk slowly toward my table. He taps me on my shoulder, and my heart is racing. His comment... "Would you like me to raise the table minimum so other players don't jump into your game and mess up the cards?"

This session was at a larger casino, and I was heads up on a six-deck game. After about a half hour of play, I got a monster count early in the shoe and was playing table max bets for most of the shoe. I got lots of BJs, won most of my double downs, and after a while, I had a cheering section behind the table watching it all go down. By the end of the shoe, I'd nearly cleaned the tray of all the black chips and then realized that the GM for the casino was among those in the cheering section.

Normally, I'd end the session after drilling a casino like this on one shoe, but like the session I described above, I had ordered food and decided to at least start the next shoe while waiting for my food to arrive. I placed some largish cover bets off the top of the next shoe and observed that the GM was at the computer in the pit looking something up. I do play rated at this casino, and I was concerned that she was looking up my lifetime win, which for this place, is huge, given the positive variance I've had there. After a few more hands, she leaves the pit, quietly steps behind me, and taps me on the shoulder. My heart is racing. Her comment... "Is the guy standing there still watching you play bothering you? Would you like me to get security to ask him to leave?"

As is demonstrated by both of these sessions, things are not always as they first appear while in a casino.

As it was you were stuck. Getting some good bets in off of the top, SOP/good call. Remember when the phone rings its not for you even if it is.