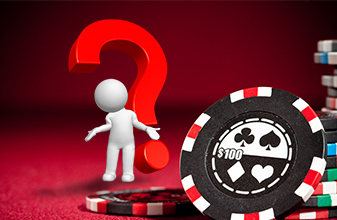 Why don't you try an experiment? Offer good games that have decent penetration and see what happens to your hold. I recently played at a table where the dealer did three things that I would bet makes his employer more money. He shuffled quickly, he dealt quickly and he only cut one deck out of a six-deck shoe, as opposed to the norm in that casino of cutting out 1 1/2 to 2 decks. I'd be willing to bet he makes more money for that casino than his colleagues, even though I sat at his table and won a few bucks. The other players were losing far more than I won, and losing it faster.

Why not instruct a few dealers to cut deeper and deal faster and see what their results are at the end of the month as compared to your usual moribund dealers who would rather shuffle than deal the cards and get the action? I think you would be surprised at the results.

You see there aren't very many of us to begin with. Out of the total group, only a few play with the skill and the bankroll needed to have any appreciable affect on your take, and I'd bet that even if you count those few in, the extra income that you would earn from the run-of-the-mill ploppies who sit down at a blackjack table with a better and deeper-penetrated game would more than make up for the loss to those few successful counters. You see one guy make a good profit at your table and want to react to him, while you are forgetting what really matters, which is the overall bottom line when it comes time to tally up the money.

Oh, and while you're at it, think about your desire to have full tables all the time. You would make more money from two or three players at a table with good game speed than you will make from six players at a table who are kibitzing and slowing down the action. For us counters, it’s hands-per-hour. The same applies to you.