Why do players tolerate 6:5 blackjack? 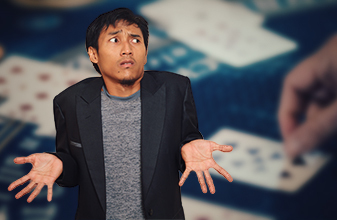 There has been so much written about the scourge of 6:5 blackjack, I can't understand why this issue continues to confound anyone even slightly. Maybe I'm just playing with strikingly poor ploppies over a diverse regional area, but the people at my tables are consistently awful players who have little awareness of the rules in the first place, nor the desire to minimize their losses by any method other than the mythical "quitting while they're ahead."

How many players have you run into who surrender correctly in casinos where that rule is offered? I would say that 90%+ of the time, not a single player at the table even knows what surrender is; the rest use it very poorly. I've not even once played with a civilian who surrendered correctly. How many players double A8 vs 6 in a H17 game? How many players even split 99 against a 9, an obvious basic strategy play?! A civilian playing perfect basic strategy is rare. We have no trouble accepting this fact, but we're all confused as to why they aren't outraged about 6:5.

The only players who care about 6:5 are card counters. Regular players ("good casino customers") just don't care about whittling down the house edge to the smallest possible amount. If they did, they'd probably get a card counting book, too. Regular gamblers don't care, and that's exactly why they're regular gamblers! It's why players don't raise with an Ace preflop in Ultimate Texas Hold‘em, and it's why players continue to bet in Mississippi Stud with no pair, no straight or flush possibilities, and nothing but low cards on the board. It's why cartoonish slot machines with 90% payback far outnumber 98%+ video poker machines.

Also consider variance. If long-term results manifested much more quickly in casino games, then yes, most everyone would probably start griping about 6:5. But variance is much more of a driving force to the average gambler than long-term expectation. What do you think is more likely to make a gambler switch tables: realizing that he's playing a 6:5 game and there's a 3:2 game across the pit, or losing eight hands in a row against a particular dealer? I've heard far more players grumbling about automatic shuffling machines (not continuous shuffling machines) at the table (“they're rigged, obviously”) than about the rules of the game. The correlation between a game's rules and a gambler's satisfaction is extremely low. The correlation between a gambler's short-term results and/or a game's alignment with whatever superstitions/conspiracy theories they hold and their subsequent satisfaction is very, very high.

The real world is filled with highly illogical people -- don't expect gamblers to think about long-term expectation, house advantage, the effect of various rules, etc. -- you'll drive yourself nuts. The posters on the Wizard of Vegas forums are probably the rare breed of civilians who know what the house edge is and try to minimize it. So they do exist, at least!

21forme: Why do players tolerate 6:5? For the same reason they tolerate slot machines. They get some form of entertainment from them that advantage players can't comprehend.

Flyboy: The irony is that in order to get to, let's say, Las Vegas, these people probably were willing to invest the time in finding a good hotel deal and a cheap flight. In most other aspects of their lives where they will be spending a few hundred dollars -- a computer, smartphone, flat screen TV, etc. -- they will do some research and shop around for the best price. But they will ignore the cost of a gambling game, choosing poor-paying slots over video poker; choosing 6:5 over 3:2, etc. There is no logic in it.