Blackjack Games to Avoid: JUST SAY NO TO THESE RIPOFF GAMES AND WARN OTHERS 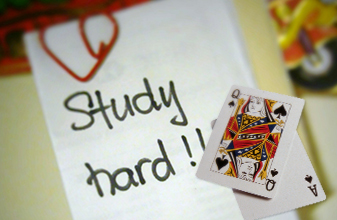 Most visitors to casinos play blackjack or other games for entertainment and do not thoroughly study the games. While there is always a chance of winning in the short run, it has been said that the built-in casino advantage is the "price of the entertainment" for the recreational player. But with the 6:5 short payoffs on blackjacks, the price is too high.

Let's assume you go to a movie once a month, and pay $8 for a ticket. Suddenly, the theatre increases its ticket price to $64. Would you still go to that theatre, when other similar theatres would charge you only $8? Or would you take your business to one of the $8 theatres? By playing single deck blackjack that pays only 6 to 5 on blackjacks, you are doing the same thing as patronizing the $64 theatre.

UNLV professor Bill Thompson, who studies gaming issues, said, "This is incredibly stupid. Everybody knows blackjacks pay 3:2. Unless they're giving out free bottles of whiskey to everyone who sits down at the table, I don't know why anybody would play this game." (Las Vegas Sun, 11/13/03)

The house edge in a normal six-deck shoe is about 0.63%, much worse for the player than a normal single deck, but not nearly as bad as the single deck 6 to 5 ripoff game.

These nasty devices require the dealer to insert the used cards from each round back into the machine, instead of using a discard tray as is normally done. The effect is that of playing against a virtually infinite deck. Every round is played "off the top of the deck," when there is a 100% chance that the unskilled player is at a disadvantage. Also, because there is never a break for shuffling, the machine increases the speed of the game by about 20%, so the typical player will lose 20% more money in the same amount of playing time or lose all of his or her money significantly more quickly.

This information is presented as a public service by BJ21.com, the leading source of blackjack information.

Unfortunately, the uninformed and unskilled player will keep these games going. Otherwise, casinos would make no $ from these games.