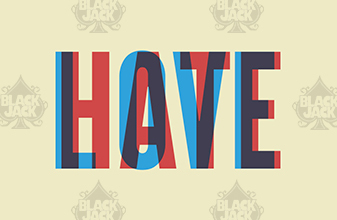 Love: My spreadsheet. Best thing I ever did was plug all my play into a spreadsheet that keeps track of EV, St. Dev, and actual results, with graphs. After several months, I'm lucky to have it look like a win and nice uptrend. Was down after 70 hours though to start it off last year, but at least now that it has a nice long term upturn to it, it keeps those big losses in perspective.

Hate: My brain when I'm losing. The lack of cover it makes me play with, the suspicion on handheld games that those cards are coming off a little too slickly from the pack, the way it tells you that your 20 is no good when the dealer has anything up. Damn game.

Love: Dealer gaffs. Flipped hole card, flashed card, payoff error, you name it, they add a lot to EV. In my last fifty hours I've had two big payoff errors on black action. One loser got pushed, one loser got paid. In terms of EV, those are massive.

Hate: I am a shill. I hate opening a nice heads up game only to be swarmed on by people afraid of playing alone.

Hate: Toke hustlers. Especially when wonging and getting a couple of quick hits. Almost any meaningful tip you make is less than your EV, yet there's a bunch out there that think just because they slid you half a dozen hands they deserve a bunch. No one realizes the last few times you tried that you got whipped.

Love: Good comps. I love going past the long lines at check-in and at some restaurants.

Hate: High comp requirements. Some comp requirements today are pretty sad; $100x4 for a room is getting pretty common. At a $100 minimum table, you're probably not at a full a table. At 100 hands an hour, and say 2% disadvantage for 98% of the players, that's about an $800 expected loss. These places are rolling in millions a day, and this is a "comp"?

Love: Breaking in a new joint. I often keep it pretty cool when making a first appearance, I love the way they think "sucker" and I think "suckers".

Hate: Cover effect on ROR. Cover doesn't hurt your EV as much as it hurts your ROR. I never cease to believe how much that extra St Dev hurts your long term ROR, both in cover betting and other "games" you may play to break up the rating card

Love: Being established at a joint. Easy to book in, they know you're good for the action, just come on down.

Hate: 10 up dealer blackjacks when you're pat.

Hate: Dealers who preferential shuffle, and call checks play like it is their mission to protect their sissy little joint from a bit of action. Yes, leave on the pref shuffle, and checks play is easy to stop (just turn it into a boy who cried wolf call), but some of them are ridiculous.

Love: Friendly dealers. I don't mean 95% pen., but I mean a friendly dealer who is genuinely rooting for you to win (not just for tips) but kind of hopes you're going to make it happen, and can carry on a nice conversation, and share some jokes. Even as a loser I'd want to play there.

Hate: Aces on 11 DDs: Noting beats doubling on 11 and seeing the dealer make a crappy 17 or 18, only to see that wonderful Ace sitting there. And now the count is lower.

Love: 10s on DDs on 11 against 10. When the count is high and the chips are out, nothing looks as lovely or complete as that face on your 11 when the dealer has the pat 20. Take that.

Hate: Penetration shopping. On handhelds, the variance between dealers is always immense. Even if it's only .2 decks at a DD, that's your money.

Hate: Complaining players. Whatever happens, it's your fault if they lose. I find this is less prevalent in larger limit games, but you know the type that cry if you changed the order of cards, or took the bust card, or should have hit your hard 20 because if you would have they would have won. Easy to make points with the dealer on those, so take your chance when you can.

Love: Stores that don't sweat. This doesn't mean they have to tolerate a 20-1 jump spread in black with a smile, but if you're up big, they know it's just part of the game, and so be it.

Hate: Patronizing pit bosses.. Sometimes it's just so transparent, I want to barf.

Love: Winning big cover bets, leaving them out when the count is negative, and continuing to win!

Hate: Back offs. Especially when I deserve them. I'm madder at myself than them on a couple of occasions, but hey, that’s the breaks.

Biggest Love: All time highs. Try your best to savor it when you are there, because it likely won’t stay that way for long.

Don't forget dealers who know you're counting. Those dealers are annoying at best and a threat at worst. One dealer lowered the pen on me intentionally and tried unsuccessfully to rat me out to the floor, while staring me down every chance he got. 2 other dealers openly announced me as a counter, and the casino did nothing to stop my play.