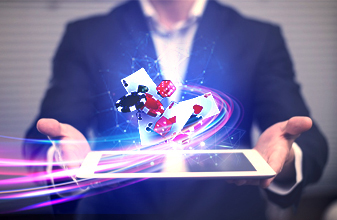 Prior to the pandemic, I had started to believe the only way to survive playing double-deck blackjack is to spread some other action around the casino while at the same time ratholing chips. After the pandemic, who knows what will eventually happen.

I have found that playing craps, betting Don't Pass or Don't Come is a good cover play. You can get what looks like a lot of action on the felt without giving up much negative EV. I will often play 1-2 Don't come bets at $25 and then lay 5x odds or 10x if allowed. I never bet on the come out roll, as I utter some silliness like “That’s when the shooter wants to roll a 7.”

As in all negative-expectation games, the more time and the fewer the bets, the better. I only make two bets per shooter and I take breaks. Sometimes the shooter will make their point right away and you don't have to make the second bet, but it doesn't look like you are trying to comp-hustle them as you only make two bets per shooter, and you wait until a point is out. Craps pit bosses are so superstitious it is funny!

Of course you can never count on these dealer errors. My goal on playing was to show that I bet $500 a round on things other than blackjack. I also have booked some $1-2k wins and losses at craps. I also pocket chips at craps which is fairly easy given the amount of action. With 10-12 players, the chip movement is harder for them to track.

I wonder if anyone else uses this approach. I have no long-term expectation that I can win money playing craps but if I can see DC bets being left out I will have a slightly +EV and only need one mistake like that every 15-20 hours.

I am not sure how much cover this is giving my blackjack play before the inevitable backoffs, but so far it seems to be working well.

My guess is that its less helpful than you think. The effectiveness of doing this from shop to shop will vary a lot of course as at the end of the day, its a human that will make the decision. Any intelligent sky person is going to see it for exactly what it is.

The Tran Organization was well known to play on other casino games in order to reduce casino heat. At the Emerald Queen Casino, Phuong Truong was known to strategically go to the craps table and lose $50,000, which is easy to do if you want to reduce casino heat and you have a massive cheating advantage. George Lee also gambled on legitimate games at the Nooksack River Casino in Washington state before he was caught on the Oregon Surveillance Network as a known cheat and used as a reference to expose the leaders of the Tran Organization.

However, playing on other games is no good if the casino's suspicion is on your blackjack play. At that point they will look at your play very closely, and if you're not using sufficient cover, particularly betting camouflage, you are toast.