This looks like a nice place and the 21 looks playable. Is this nicer then El, Circus and/or Legacy? It's pricey, but I need a safe place on a Fri night. Thanks.

Send message
their SPA and restaurants are excellent.

Of all the casinos in Reno, I really want Barney Ng (owner of Sienna) to succeed. He has really attempted to put a classy place in downtown Reno with good games and promotions. He simply underestimated his market when he opened.

Send message
Siena is the class of Reno

I haven't been to Reno for a while, but I used to go there with some frequency, and I usually stayed at the Siena (and it is the only one where my wife is willing to stay.)

Month or two ago, during my first noobish trip to Reno, Siena was the site of my first backoff. *All* I was doing was spreading $5 to $50 on their single deck game for about an hour an a half. Lesson learned: if you're there when it's dead, and you're the only person even playing cards, surveillance isn't going to have much else to do except tag you.

Send message
I like Siena, too. Nicest suites in town, in my opinion

Free high-speed Internet connection, fluffy pillows, first-class toiletries. A classy place. Too bad it's in such a bad location, right next to dangerous slums to the southeast.

LV wrote "Too bad it's in such a bad location, right next to dangerous slums to the southeast."

Any chance you're joking about this? It looked nicer than the other joints which why I chose it, but I know nothing about reno. The receptionist said, "sure I walk to downtown from here" when I asked about safety.

We don't plan to go off site and just staying 1 nite to catch an early flight. Still recommend it to a family or have other recs? Thanks.

Send message
Siena itself is nice, the neighborhood isn't

Any chance you're joking about this? It looked nicer than the other joints which why I chose it, but I know nothing about Reno. The receptionist said, "sure I walk to downtown from here" when I asked about safety.

In the daytime, it is safe to walk to downtown. Less so at night. Downtown is to the northwest, the slum area is to the southeast. Siena acts almost as a dividing line between decent area and slums.

On a recent trip, I watched from the southeast corner of the Siena parking lot as police yellow-taped a murder scene across the street. A bicyclist was shot. The dead body was lying in the street for a couple of hours, still straddling the bike. I spoke to a woman who witnessed the murder. Yes, the area to the southeast is dangerous. There are bad apartment buildings that house lowlifes, drug addicts, etc. But these people pretty much stay out of the Siena.

A mass murder by arson occurred a few months ago at the Mizpah Hotel, an old flophouse about a block from the Siena. It is now in the process of being razed.

We don't plan to go off site and just staying 1 nite to catch an early flight. Still recommend it to a family or have other recs? Thanks.

The hotel/casino itself is safe. Inside, it is definitely nicer and no less safe than the other downtown hotels. Again, I think the Siena suites are the best in town. I have stayed at Siena many times, and plan to continue to do so as long as they will tolerate me.

Send message
not that the Bear needs affirmation, but...

I was also in Reno when the guy was shot dead in the street within and easy stone's throw of Siena. The guy was on a bike and somebody just walked up and popped him in the head.

The neighborhood is a complete dump! I'd be very, very cautious around there!

If you did any more you might end up out in the desert disguised as fertilizer. :)

Seriously, though, 1-10 is a huge spread for single-deck blackjack. It is anything but subtle...

Can't wait to show my wife the nice place I picked out. Maybe we can get a "yellow tape tour" with the local knife and gun club.

I guess I'll approach from any direction except the SE. Maybe I could hire a ferry, cross the Truckee and have a crane lift us directly up to our room.

I'll check my map and make sure I take a route from the sw. Then, we won't leave the premises unless it's engulfed in one of those mass arson fires. If I can change my flight time to later, we'll stay outside of town and go straight to the airport.

Maybe the Stateline ploppies aren't so dumb to just ski by day and at night hit the "uh, sir, you might not want to bend down to pick up that black chip" snake joints.

Thanks for the info though. I want to stay safe.

I cut my teeth on shoe games, so 1-10 seemed conservative to me at the time. I toned it down a little bit for the rest of the trip.

Here are links to reports about the bicycle killing:

Residents said it was the latest in a string of shootings in the area, including one that left George Kelly, 37, dead Nov. 18.

Kelly was found next to his bicycle with a gunshot wound to the head after an argument with another man.

"It's become a normal thing," said Heather Woodward, 17. "It doesn't scare us anymore."

Will Serrahn, 21, agreed. "It's unfortunate someone died. But you get desensitized after a while."

See Police raid downtown motel. Lakemill Lodge is across the street from Siena. At 00:08 into the video clip, an officer is walking towards the camera. In the background is the Siena.

Below is a link to news reports about the arson murders. By the way, the murderess was a casino employee. 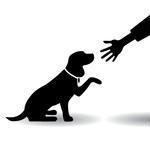 Didn't we both get shown the door at that game. :)

One thing I didn't do was camp out for 1.5 hours either.

But even getting away with it for a good while doesn't mean it is not risky...

I have not been back down "there" since it got blown across US90. Any news on what happened and so forth??? Have you played at a place owned by the same person? (Indeed, did he even open anything up down there?)

I trusted you but thanks for the links and info.. I upgraded my rental car to a bullet proof Humvee.

Send message
do yourself a favor Snapper

Stay at the Peppermill. Easy to and from the RNO airport. Excellent coffee shop, steak and seafood restaurants.

One caveat...they do this drawing thing, and when it happens, a Ryan Seacrest wannabe takes over and it is OVER THE TOP. I guess it's a big money maker for the Peppermill, but it was so obnoxious, I actually left the casino, it was just too loud. Fortunately it isn't done too often, but I would check and find out exactly when, then duck out to the room to maintain your sanity for 30 minutes or so.

The BJ pit is pretty cool with HD plasmas surrounding the oval shaped pit to enjoy. The dealers are indeed very pleasant on the eyes with accompanying personalities.

Siena is nice, but once outside it's like 3rd world!

"You'd have to be (expletive) blind to not see the crime," said Al Yepez, who lived at the Lodge for three years with his girlfriend. "There were fights, gunfire at night, beatings and girls walking around with faces beaten up. The worst part was that they rented to these people they knew were no (expletive) good in the first place.

What prompted Tuesday's closing of the motel at 200 Mill St., was a two-day police sweep prompted by a 30-year-old man's drug-related murder in the parking garage three weeks earlier and more than 100 police calls for service at the motel since July 2005, the last time police swept through it.

Getting rid of this hellhole is a definite step in the right direction.

Send message
They've invited me back...

Heck, SSR, just because we got shown the door does not mean we did anything wrong playing their game. After all, it didn't outlast us by much ;-)

They said they have a new player's card (for their new location) with my name on it just waiting for me to pick up. In fact, I got another offer from them in the mail yesterday.

I did visit their new place once, and was mightily unimpressed. Needless to say, they no longer have SD BJ... just SD crapjack.

So far I have spurned their offers, but next time I head there (in a few months, probably), I'll check it out to see if it has improved measurably. If so, I'll be sure to let you know.

Thanks. Appear to have a lot of 1d. I hope to check them out. I've bagged the Siena this trip in case I want to move around. Thanks for the info and warnings.

perhaps security is either (a) bored or (b) in need of some refresher training after the hurricane lay-off. Maybe they are inviting you back to give some new people experience in backing-off or 86'ing. :)