I was thinking of getting a current issue of CBJN but was curious - I know from asking a year or two ago that the information on Canadian casinos lags behind, sometimes significantly so (back when I checked, the information on local casinos was apparently 1-2 years old).

Could anyone with access to the current CBJN (or a recent one) let me know when the information on Canadian casinos was generally last updated? I'd be mostly interested in Quebec/Ontario casinos but may be spending time in western Canada soon as well.

Nearly all ON casinos have been updated since Aug 2010 except Thunder Bay Charity (April 2005). CBJN shows 2 casinos in QC, Casino de Montreal was last updated in 2005. Casino de Charlevoix was updated Sept 2010.

Sounds OK to me. Will be buying shortly.

Send message
To give you an idea

I tried using CBJN for Caesars Windsor and didn't pay attention to when it was updated. It stated that there were six deck games starting at 25 dollar minimums. I planned an overnight stay with comps only to find that the only 6 deck games in the whole place was 100 dollar min. What a waste of time. I checked later when it was updated and it hadn't been since like August or September 2010. A lot can happen in four or 5 months. I don't count on CBJN for anything other than Vegas casinos and have even found errors there. Not a bad guideline but far from perfect.

I bought based on the other reply I got that said the casinos were updated last August or after. It was only $13 for one issue so it's not a big deal by any means.

I have to say I'm a bit disappointed though. If I was in Vegas, this would be the nuts. Otherwise, though... It lists my local casino as having $15 min. They have never offered that to my knowledge. It's always been $10 or $25 on the floor, and I think $50 in the VIP lounge (which isn't even listed in CBJN).

What's worse, I see notes about some casinos using Mindplay and they were last updated in 2010. Mindplay was discontinued in 2007. That seems a bit weird to me...

Whenever I head to Vegas, I'll be sure to have a current issue. Otherwise though, I may as well not buy it and check the places out myself.

Send message
One thing to remember about CBJN

Most people are smart enough to not disclose the TRUE details of really good games for a few bucks.

Send message
So what you're saying is...

I think the truth's somewhere in the middle. I'm sure the very best games aren't reported on (or not often), but good games must still make it on there.

Send message
What was just said leads me to believe.....

it is just a ripoff period. If the games are not reported currently or somewhat accurately then why bother. Pay for one to get a general idea then don't waste your money ever again.

Send message
It's not like good games are never reported

but 75% DD and 83% 6D are certainly more common than CBJN would lead one to believe.

Send message
So from another point of view...

If a local game seems misreported on or missing entirely, you might want to check it out. 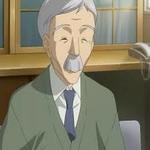 Send message
Please email me with details on inaccuracies 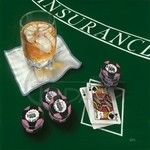 Don't waste any time there. The games are mostly 8 decks, H17, DAS and penetration around 5/8. "Soci�t� des Casinos" runs by Loto-Quebec is one of the most greedy holding you'll ever see.

Send message
As with any other "public" info

Take it as a guideline, but by all means, do your own research. Things change quickly at some of these places.