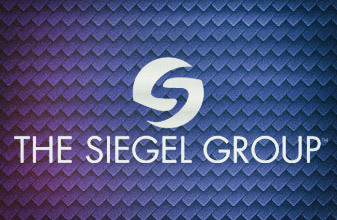 Well-known Las Vegas real estate investor Steve Siegel is locally most familiar for his low-end motel/apartment complexes that target those who exist barely above living on the street. In fact, the Clark County School District reportedly classifies students who reside in Siegel Suites as being homeless. The Siegel Suites motel/apartments offer rentals as low as $189 per week, according to its website.

“Not sure how long you’re staying? We’re flexible. We offer apartments with no long-term lease required and bad credit ok,” the website declares. Striving to attract this market is what concerns many local observers, who fear such a property may be put into the north Las Vegas Strip. The presence of such a property would be worse for the area than the present vacant land, according to several local real estate experts.

Siegel, founder and CEO of The Siegel Group, bought about 10 acres of real estate on and near the north Strip for $75 million. The sale has closed, according to property records. Siegel now has over 12 acres of contiguous property on Las Vegas Boulevard and on Convention Center Drive, Clark County records show. Siegle claims he is contemplating a project that could include a hotel-casino, condo units and retail. Advantage players, always on the lookout for new places to ply their trade, hope the casino comes to fruition.

“We’ve been waiting years to acquire a large piece of land on the strip and have been watching this site for a long time,” said Siegel. “When this opportunity presented itself there was no question that we had to purchase it. This is a phenomenal property that will one day soon have a development worthy of such an irreplaceable location on the Las Vegas Strip.”

Plagued by unfinished resorts, huge tracts of vacant land and little foot traffic other than down-and-out denizens of the streets, the north Strip is now seeing a chance of development and rehabilitation. In an area long shunned by locals, the Fontainebleau is on a path to finally opening, and other developers have acquired land in the area.

Siegel paid plenty of cash for his new properties, but it was a big discount from the past. One of the parcels, a five-acre plot next to the Peppermill restaurant, sold for $180 million in 2007, just before the real estate market crashed.

“It’s very hard to find land like this on the Strip,” Siegel said, noting that when such properties do come up for sale, the asking prices “are so crazy it just doesn’t even make sense.”

Siegel isn’t going to build anytime soon, he commented, adding that there is no timeline or pressure on him to get something started. Other north Strip sites are up in the air as well.

Wynn Resorts owns 38 acres next to Fashion Show mall, but has not publicly revealed any plans for the site. The Las Vegas Convention and Visitors Authority in 2021 approved the sale of 10 acres to a developer in Chili. Under the terms of the agreement, the buyer must start construction by 2031 or the tourism agency can buy back the land.

But 2021 saw two big openings on the north Strip, the Resorts World and the Las Vegas Convention Center’s West Hall.

Will Siegel be able to resist building another large low-end property and instead make it into something the city and county can be proud of? Time will tell.