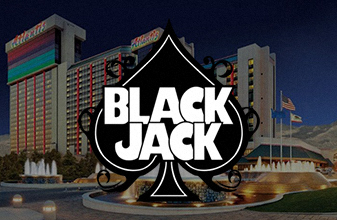 Originally written for bj21.com Green Chip by LV Bear, edited for this format.

It's been a while since I wrote about Reno. From going there maybe 15-20 times a year a decade ago (when sports betting was still profitable there and enough blackjack was available to fill the extra time), I rarely visit anymore. Now, the dearth of playable blackjack or other opportunities makes just an occasional visit all that can be justified, to keep the remaining free money offers going.

The new ownership of Sparks Nugget gutted the playable blackjack there. Perhaps they can figure out how to revamp the terrible valet parking system that has been the Reno area's worst for a long time (tied with Atlantis).

The group that bought the dump SLS in Las Vegas has done a good job with Grand Sierra. It is bright and festive, with plenty of customers. If they can do the same at SLS, Las Vegas might gain a worthwhile casino.

At the other end of the spectrum is the downtrodden Harrah's Reno. The number of bums and other lowlifes there at night is concerning. No security guards visible, and apparently nothing is being done to keep the street folks out. The lack of bum-exclusion effort is taking its toll, as the ratio of bums to customers is increasing. The place was nearly deserted on recent Friday and Saturday evenings. There is still no edible food at Harrah's except the steak house, which once was a favorite, but one I haven't sampled recently due to a lack of comps -- too much free food elsewhere. Due to lack of rated play, I’ve been "demoted" by Harrah's from my one-time Seven Stars "status" to a lowly nobody, bottom-of-the-barrel Gold card, lol. Amazingly, my rooms are still comped, but nothing else. There is no playable blackjack there anymore.

The "water saving" toilets in Harrah's East tower save so much water they barely work at all -- time for another "upgrade." I have to remember to ask for the less-convenient but nicer West tower next time. My view from the East tower was of a marijuana "dispensary" -- a type of business that is often an eyesore, but here it aesthetically improved the shabby neighborhood.

Despite the nice new Virginia Street bridge, downtown overall has the look of the casino owners and the city leaders having given up on it. I don't think it's safe to walk late at night/early morning on Virginia Street anymore; thugs and various other creeps have taken over. The Reno Police foot patrols disappeared years ago but sure are needed now. Many lights were burned out on the "Biggest Little City" sign -- it’s sad that apparently no one cares.

The airport has two improvements that save a few minutes when leaving town: The car rental return areas have been consolidated and are directly across from the terminal's central entrance, and the TSA Pre-Check line now stays open later. Two good improvements to an already efficient airport.

Overall, Reno is a shadow of its former self, but I still enjoy going there. I wish I could still extract the amount of money that I did during better days for the Reno casinos.