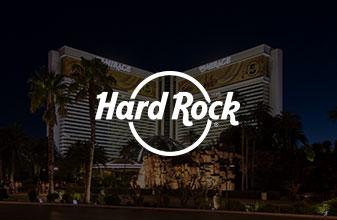 Hard Rock International's CEO James Allen promised that the business will not shut down The Mirage despite plans to gut the whole Las Vegas resort and spending billions of dollars to renovate and extend the hotel.

There are no plans to close the resort while repairs are taking place, Allen said during testimony before the Nevada Gaming Commission. The authorization of Hard Rock International to run The Mirage was approved by the Commission.

Hard Rock had asked the gaming commission to hold a special hearing on December 23, 2022, to allow for the conclusion of the billion-dollar acquisition of The Mirage from MGM Resorts International to the Florida-based Seminole Indian tribe, the owner of Hard Rock. It's anticipated that the deal would close quickly.

After the unanimous vote of approval, Allen stated in a statement, “We are eager to finalize the purchase of The Mirage and look forward to welcoming the 3,500 team members to the Hard Rock family soon.” The Hard Rock doesn't anticipate starting renovation of The Mirage until 2024.

Advantage players mostly see the purchase as beneficial to them. A new competitor in Las Vegas is always welcome, in a city dominated by MGM and Caesars Entertainment casinos, with little meaningful competition on the Strip. In addition, the blackjack offerings and playing conditions at Seminole properties, including the other Hard Rock locations, are considered by many to be more favorable to players than the games and conditions presented by MGM. Comps are not a major concern to the skilled patrons, as most play blackjack anonymously and acquire comps through machine play.

Allen advised that Hard Rock will swap out The Mirage volcano with an all-suites tower shaped like a guitar. The Clark County Commission has not yet given its approval for the tower, which Allen said he hopes will be between 600 and 700 feet tall, but the company will go by whatever the county will approve. The tower at Fontainebleau is 735 feet tall in comparison.

Allen stated that Hard Rock is collaborating with MGM to locate new homes for the animals now kept at The Mirage, preferably in a natural setting rather than as entertainment attractions. Dolphins, tigers, and jaguars are at the site in habitats and in the Siegfried and Roy's Secret Garden attraction.

Allen informed the commissioners that the tribal business had the chance to purchase the previous Hard Rock Hotel in Las Vegas, but decided against it in favor of a Strip location. The Hard Rock property in Las Vegas that is now a Virgin Hotel was previously run by a different entity that used the same name brand.

Few questions were asked of the individual license applicants by the commissioners, even of those from the Seminole Tribe who were hoping to be approved as members of the board of managers that governs the subsidiary that will operate the casino.