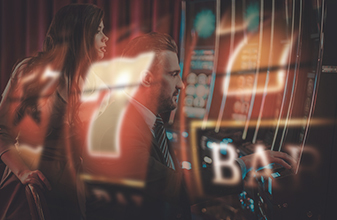 Captain Jack: On Green Chip recently, someone asked about slot machine advantage players and why he can't find anyone who is willing to talk about it. I gave a short reply, but I think it warrants further discussion. It goes back to the classic debate of AP Art v. Science. Any robot can count cards, but the ability to get away with it is where the art of the process comes into play. Being a successful card counter requires subterfuge and good casino comportment. Therefore, while many books have been written on how to count cards, blackjack is still offered in casinos and more players ultimately lose attempting to count cards than those who show a profit long term. You can have all the science you want, but if you don't get the art of card counting, you're doomed.

Conversely, there is no art to slot machine play. Step 1 - Press a button. Step 2 - See step 1. If someone were to write the comprehensive guide to beating all beatable slots, then there would be no barrier to entry to becoming a slot machine AP. For the most part, there is no casino heat. Since the EV you are manifesting is created by other players playing at a deeper -EV, the casino doesn't really care. The only negative force in the casino is other AP's. There lies the rub. In the same way you'd never want to educate your opponent (the casino) in blackjack, educating other AP's on machines creates negative expectation.

Fortunately, for slot AP's, there has never been a better time to be alive. Whereas 7-8 yrs ago, slot AP play was probably worth only a couple dollars an hour, now with the abundance of opportunities it is easily a six-figure annual income for those who practice it. The competition is cut-throat. There are a lot of pseudo-gangs which bully lone AP's at casinos and AP's should be wary of their surroundings when coming and going from a casino. If you do find a slots AP willing to teach you, he either doesn't know what he's giving away or he doesn't know that much to begin with. The best way to learn is to teach yourself.

Refinery: That's very sound reasoning. I've been somewhat annoyed by the lack of sharing in this area but your explanation makes a lot of sense. I hadn't been bothered to consider it too much because other than stumbling across something incredibly easy that's a quick win, I'm not sure I'm interested. How long could I realistically sit and push a button?

Vagabond: Not to mention some idiot out there is sharing photos on social media of slot AP’s he encounters in the wild.

Maverick: There were days when members formed their own working groups. One might call them gaming investment groups. I can remember when we met as teams and went off with cell phones until one of us spotted something worth a call. Then we all would meet at the designated casino. I can remember when we traded online information on almost a daily basis. This seems like it would be amenable to such an approach. Like then, members of the working group could be from all over the world -- not just the United States.

The Stereotypical Card Counter
September 9, 2021 10:14 pm
Machine AP work is much harder to pull off. It requires thinking way outside the box to find other opportunities. Also, many APs settle for blackjack because those opportunities are easier to pursue.

102689
April 21, 2022 11:08 pm
It's a rough business and some of the techniques involve aggression and intimidation of civilians and competing AP's. This character causes it to indeed draw heat, and sometimes worse heat that blackjack AP. I wouldn't turn down a solo opportunity I discovered on my own but it might not be the best rabbit hole for a part-timer to go down.