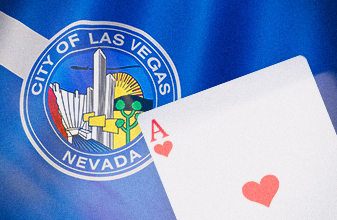 The Mirage is being sold by MGM Resorts International to Hard Rock International. owned by the Seminole Tribe of Florida, The purchase is expected to close in 2022.

The deal kicks off a rebranding, with Hard Rock announcing plans to build a guitar-shaped hotel on the property and rename it Hard Rock Las Vegas.

MGM Resorts will retain ownership of The Mirage name and brand, licensing it to Hard Rock while Hard Rock finalizes its rebranding efforts.

Most advantage players cautiously view this transaction as a good thing, under the theory that any additional competition for the two dominant Strip operators, MGM and Caesars Entertainment, is a positive.

The Nevada Gaming Commission approved licensing for The San Manuel Band of Mission Indians to acquire the Palms, a transaction that is expected to close shortly with Station Casinos’ parent company, Red Rock Resorts.

The San Bernardino, CA-based tribe is the first Native American tribe to own and operate a hotel-casino in Las Vegas. The Connecticut-based Mohegan Tribe operates the casino, but not the hotel, at the Las Vegas facility of Virgin Hotels.

San Manuel tribal leaders said the Palms, which has been closed for two years, would reopen in 2022. Cynthia Kiser Murphey, who the San Manuel band hired as general manager of the Palms, said that pinpointing an exact opening date would occur soon. The tribe is purchasing San Manuel-branded chips, cards and dice, which must be seen and approved by regulators.

Professional sports bettors are unhappy with the attempt to install William Hill, which already has numerous outlets in Las Vegas, therefore not offering any potential value. They were hoping for an independent sportsbook to be installed.

A security guard was shot twice at Sante Fe Station after police said a man with a serious local criminal history attempted to cash a fake City of Las Vegas check.

Witnesses said that Kasper was fighting with a security guard when he pulled out a gun. While the guard was trying to get Kasper restrained, Kasper fired two shots, striking the guard. Police reported that the unnamed guard was transported to University Medical Center with non life-threatening injuries.

The occurrence is another in a long line of violent incidents in southern Nevada hotel-casinos in the last several years.