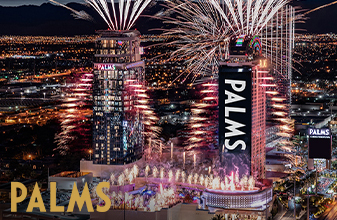 The Palms resort in Las Vegas is scheduled to reopen on April 27, 2022 and the new owners, the San Manuel Band of Mission Indians have already begun taking hotel reservations.

The Palms has been closed since March 17, 2020, when Nevada Gov. Steve Sisolak ordered all casinos in Nevada closed due to the worldwide COVID-19 pandemic.

“We look forward to introducing our guests to our rich history, culture and signature hospitality,” said San Manuel Gaming and Hospitality Authority Chairperson Latisha Casas. “We can’t wait to make history together.”

When it closed, the Palms was owned and operated by Station Casinos Inc., but it was subsequently sold to the tribe for $650 million. The tribe hired longtime MGM Resorts International executive Cynthia Kiser Murphey as general manager.

The Palms will be the first Las Vegas resort fully run by a tribal enterprise. The casino at Virgin Hotels Las Vegas is operated by the Mohegan Sun Tribe, but all other hotel functions are managed by others.

The tribe’s database of customers of the Yaamava’ casino in Highland, California is expected to be used to attract customers. Murphey said the Palms will continue its long-established method of marketing, advertising primarily to Las Vegas locals as well as residents of California.

“I know the database is an important business metric and business tool, but I think our team is focused on creating a welcoming presence because they’ve got a lot of relationships with Yaamava’. They have a long track record of being a very successful property,” said Murphey. “The tribe’s culture is founded on creating opportunities and pursuing what’s right for future generations and honoring past generations. It really creates long-range thinking and tribal members are talented, thoughtful, successful and humble, which is a beautiful combination.”

Over 900 employees have been hired. Many employees returned after the two-year layoff. Among the new employees will be interns from UNLV’s William F. Harrah College of Hospitality.

Not all attractions are opening immediately. Murphey said some bars and the live-performance theater will not be ready. But the multi-screen Brenden Theaters will open and will have “graffiti art” on walls, new deluxe seating, and new floors. Some local observers are dismayed by the graffiti art, because removing graffiti is a constant issue in Las Vegas, as it is nearly everywhere. Why it is being given a showplace at the Palms is unclear.

Self-parking at ground level and the two parking garages will be free.

Josh Swissman of the Las Vegas-based Strategy Organization, who once worked with Murphey at MGM, said her experience managing New York-New York should be helpful to her at the Palms.

“In many ways, she’s been through this battle before,” said Swissman. “She’s worked and led at a property that’s gone through some major repositioning efforts. I think all of that historical perspective will serve her well.

“On top of that, as she grew in her career, she came through the human resources ranks which will help employee relations,” Swissman continued. “Take that with the fact that she is a genuinely nice person that cares about the people who work for her as well as with the overall philosophy of family that the San Manuel tribe embraces. And she obviously knows the Vegas market.”

Amanda Belarmino, an assistant professor at the Harrah College of Hospitality, said this reopening is important because of the Palms’ iconic past, but she believes the property may have to make some changes.

“It will remain to be seen if the Palms itself is still enough of a draw for consumers,” Belarmino said. “As a storied property, there will definitely be an interest in seeing what has been done to the property, especially by locals, but they will have to create a new identity for the property in order to be successful. It is no longer the hot spot of the early 2000s nor a Station casino, so the specific branding will be key in a successful reopening.”