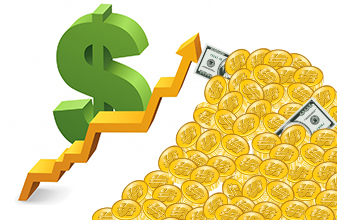 There are times when it is profitable to team up with others and even lend money back and forth for specific plays. In fact, some high-value plays must have teammates or partners working together in order to extract the most EV. I have found the vast majority of advantage players to be extremely honest and scrupulous in their dealings with others. But there can be bad apples in any barrel. Here are some things to watch out for before getting involved financially with another player. I hope others will add to the list, or post reports, good or bad, about their financial interactions with other players.

First and foremost is to check the references of the player requesting money or teaming. President Reagan famously said, "Trust but verify". It is great advice. If the other player cannot or will not supply reasonably recent references that you can personally verify, you should probably politely pass on the offered deal. If you are given references, carefully check them out. Do not just assume that someone dropping the names of well-known and respected members of the AP community has actually had positive experiences with those people.

When checking references, if you receive anything less than an unqualified endorsement, be careful. For a variety of reasons, people sometimes do not want to report bad dealings. They may still be hoping to recover money lost. There may be complex interrelationships involving third parties or teams, or other factors. A good rule of thumb is that anything less than an unqualified verification of positive experiences should raise a red flag. In the absence of overwhelming contrary reports, a bad reference is a strong indicator that you, too, will have a bad experience.

The old saying, "If it sounds too good to be true, it probably is" applies. Does the offer make good business sense? Being offered a freeroll if you put up the money for someone else's play is one that comes to mind. An approach that has been used on the unwary is, "I'll 'give' you x% of the winnings, with no risk of losses". Ask the offerer of such a seemingly good deal why he needs you at all. There are times this is a perfectly legitimate situation, but often it means the player asking for the money is underbankrolled for the play(s) being made. If the play loses, you may have difficulty in timely recovering your money.

If forming or joining a team, absolute trust in your teammates is the single most important factor. Avoid misunderstandings by having everything in writing; emails confirming the arrangements should suffice. In a first-time situation with another player, ask to see the money supposedly being put up. Do not accept, "If we lose, I'll put in the money". It might not be there. Even if you see it, of course there is still risk as in any joint venture. But if you don't see it at the start, the risk of the other party defaulting is probably greater.

If money is lent outright, be sure the repayment ability or terms are not contingent on some other occurrence over which neither you nor your debtor have control. Unless you are willing to accept the possibility of long delays in repayment, do not accept, "I'll repay you when I collect money from (whatever source: Other player, lawsuit proceeds, etc.)". There may be times when such an arrangement is perfectly reasonable, but be sure you know before you hand over money. Ask yourself if the proposed deal makes sense. Ask yourself why the request is being made. If it doesn't pass the "smell test", politely pass on it.

There are poker players who sell more "pieces of themselves" in a tournament than there really are pieces; in other words, they sell off more than 100%. This is essentially fraud, as the player is better off intentionally losing and keeping everyone's money, rather than winning and owing more than he receives. Over the years, a few in the non-poker AP community have done similar things. It is rare, but it happens. Again, trust but verify. Don't hesitate to ask questions. If the person requesting money or teaming is evasive, beware.

This post is not meant to discourage getting involved in team plays, joint bankrolls, etc. As mentioned, some of the highest-value plays require such arrangements. But take the time to be sure you are not being taken advantage of. If there is a default in paying what is owed, in most cases you should NOT put in more money to try to regain what has been lost or delayed. Cut your losses; chalk it up to experience, and scratch that person from the list of people you trust. Again, the vast majority of advantage players are extremely honest and scrupulous. Watch out for the few who aren't.

chucky baby
October 17, 2017 8:16 am
I've bankrolled many teams over the years. The only surefire way to avoid dishonesty or unprofessional play is to never permit any player to play solo. Send them out in 'duos' and swap around the players so that nefarious players have less chance of conspiring together to defraud. I am currently looking to form a new team and welcome applicants. Email me at blackjacktutoring@gmail.com