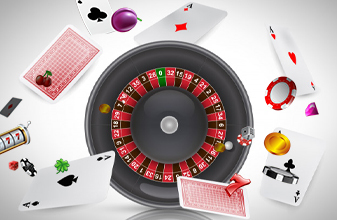 This case, now several years old, was recently again brought back to my attention. It is illustrative of the incompetence and lack of integrity that card counters and other skilled casino patrons face every day in our interactions with casino personnel. The document linked below contains a good brief summary of the entire case. It points out the many blunders and worse, and the inconsistencies of the accounts of the incident by various employees involved, each apparently trying to blame someone else for what was done to the two patrons. As plaintiffs' attorneys wrote, "This is a case about a failure to take responsibility."

After dragging the case out until just before jury trial, Sunset Station eventually privately settled with the two "good casino customers" involved (there is no indication that they were advantage players). In my opinion, reasonable management would have settled to the victims' satisfaction long before a lawsuit had to be filed. My guess is that the two victims would have settled for less than they eventually received. Sunset Station would also have saved attorney fees.

I like the plaintiffs' attorneys naming in the lawsuit as an individual defendant the worst offender and apparent enabler of the mess that transpired, Shift Manager Vinny Gilvarry. Though Mr. Gilvarry tried to place the blame on others, it is good that such misbehavior and apparent lack of candor in legal proceedings is brought into the public eye. Because this is public record, it should act as a cautionary note should any other casino want to hire this individual in the future, and possibly create liability for negligent hiring should he become involved in a similar incident.

Gilvarry points the finger at his supervisor, Alida Del Fonte for the arrest.(*) See Exh. D, Depo. of

(*) The Court will note that despite the fact that Gilvarry denies ordering the custody,

Defendants admit in their motion for summary judgment that he ordered the detention.

Of all the incompetence detailed in the court file, two things struck me as particularly loathsome and ridiculous: (1) Mr. Vilgarry telling the patrons, "You are under arrest" and (2) after Sunset Station realized its mistake and that no crime had been committed, continuing to falsely imprison the victims and subsequently trespassing them. Why would Sunset Station want to trespass these folks? An apology and comps to its best restaurant would have been more appropriate.

The link below is the Opposition filed by plaintiffs’ attorneys to a Motion for Summary Judgment filed by Sunset’s and Gilvarry’s attorneys. The document provides much detail. Defendants’ motion was denied by the Court.