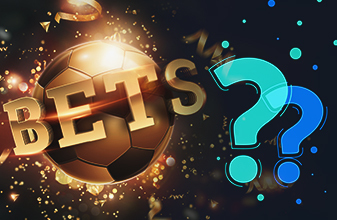 Everyone who participates in sports betting should learn the information herein. All other kinds of casino advantage players, including blackjack players of all skill sets, which includes card counters, should also have working knowledge of Expected Value.

Early lines on most games are solid, but a few are soft, meaning sharp bettors can find an edge. Sportsbooks like to find those soft spots quickly, and move the numbers to remove the softness. The way that is done is to hold early bettors to lower limits. The sportsbook is quicker to move the lines in response to early bets than to bets that come in closer to game time.

For an interesting account of the process of sharps working the softness out of a line back in the days when the long-gone Stardust was first to post lines in Las Vegas, see Chad Millman’s The Odds, pages 83-87.

How much adjustment will the sharps cause? If an early line is +8 and they think it should be +4, they are going to bet it off of +8 but they are not going to make the final bet that causes the line to move from +4.5 to +4, because they must wager $110 to try to win $100, and the cost of the vig is greater than the expected value of the half point. They may not make the bet that would move it from +5 to +4.5 either, because they might not see that bet as being profitable enough. They will stop making bets when they think the profit potential is too small to compensate for the risk involved and the time their money will be tied up waiting for the bet to be resolved.

Ideally, from the viewpoint of the sportsbook, the line should never move up or down, it should attract huge action on both teams, and by the time the game starts there should be approximately the same number of dollars bet on each team. At least that’s what most people think. But it’s not true.

Better than that, from the viewpoint of the sportsbook, is when there are a whole lot more dollars bet on one team than on the other, and the team with all the action on it is the one that loses.

I once asked a race and sportsbook director at MGM whether his company’s action is balanced on NFL games. I mentioned that it seemed to me that on about half the games, most people who had an opinion agreed on the same team. I said it therefore appeared to me that sportsbooks might be taking lopsided action on about half of all NFL games. He told me that what I hypothesized was indeed the case. He said he does not mind lopsided action as long as his sportsbook makes money overall on those games.

Balanced action is seldom achieved. It’s a myth that balancing the action is the purpose of the line, except in the case of the Super Bowl.