Where to Stay in Wendover 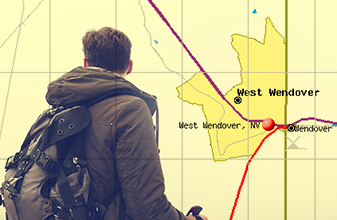 Wendover (actually West Wendover, NV, but known by players as simply “Wendover”) has long been widely recognized as being among the premier blackjack venues in North America for brain-using patrons, despite having only three playable casinos, all under the same ownership.

Management has a professional, enlightened attitude towards skilled patrons -- rarely do hostility and unethical practices occur, such as stealing comps and kicking patrons out of their hotel rooms in the middle of the night. However, “rarely” doesn't mean “it can never happen,” so the well-prepared advantage player looks at the possibilities and makes an informed decision.

I will be staying at one of the three Peppermill properties, but I don't know which one to pick. I really want to stay at the one that is most tolerant of card counters, and I'm not sure which one that would be.

I have been to Wendover before. The last time I went, I choose the Peppermill but on that trip, I felt Peppermill had the most heat. I have also stayed at Montego Bay. The only place I have not stayed was Rainbow, but have heard stories of people getting booted from their room in the middle of night. Would Rainbow be a good choice to stay? All other considerations are secondary.

Rockky176: Stay at Montego Bay. They will not kick you out in the middle of the night. After a backoff, you can stay there for the rest of your scheduled stay, which is an important consideration. It also has the nicest rooms.

Wendover Willard: There have been some good deals advertised in our local paper for airfare and hotel in Wendover at one of the three related casinos. If backed off, is there any concern besides being thrown out of the hotel, of them not honoring the return air?

Handymn: If you don't want to worry about being booted in the night, then stay at the Nugget and play at the Peppermill properties. You can either pay about $50 a night for your room or you can try to play video poker or play with a 1-3 comp hustle sort of small bet spread on blackjack. You may or may not get the room comped on the first stay, but will probably receive some offers later on.

You can then either play anonymous short sessions at the three neon joints or play under a different name. The end result is that you will have peace of mind when you go to sleep at night. Or you can risk an eviction which may or may not happen in conjunction with a backoff. The risk tolerance is up to the individual but if it affects your game then you are paying for a room either way. Apply the spirit of this advice everywhere if your stakes are high enough.

Nevada Resident: Consider staying at one of the non-casino motels in town, or on the Utah side. They’re not as nice as the casino hotel rooms, but Wendover is a safe place -- there isn't much risk of robbery or other crimes against you. The “Big Three” casinos are generally best, but you never know what opportunity you might find in any of the five casinos. This way your room is independent of all of them.

Remember, too, that all three Peppermill properties share the same surveillance staff, housed in a building in the center of town. Backoff decisions are centrally made for all three properties, so there is nowhere to hide among the three good places.

This article would be incomplete without a brief comment on getting to Wendover.  For nearly everyone, flying to Salt Lake City and driving 90 minutes west on I-80 is the best way to go. The Salt Lake City airport and its rental car counters are convenient and efficient. The airport is on the western edge of town, with a direct entrance onto I-80.  The time to get to Wendover is about 90 minutes with no variance.

Whatever you do, stay away from the Red Gutter!