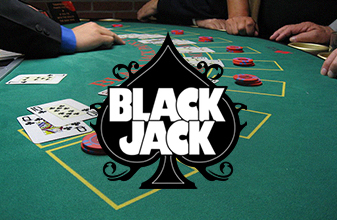 Casino games tournaments are fun, and they can be profitable too. In upcoming articles, we will be publishing a series of excerpts from Stanford Wong’s book, Casino Tournament Strategy.

Getting an edge in a blackjack tournament for the most part means correct money management — betting the right amounts at the right times. It also means proper tournament playing strategy, including playing some hands differently in certain situations from the way you would play them in a regular blackjack game.

Let me explain how I wrote this. Years ago, I decided to play my first blackjack tournament. I wanted to do well, so I developed my first tournament money-management strategy. I liked my strategy so well that I asked several of my Las Vegas friends if they would be willing to enter the tournament if I paid the entry fee and we shared any prizes won. These friends were not tournament experts at the time; indeed, only one of them had ever played in a blackjack tournament.

After that we played almost every tournament that came along. Tournaments are played throughout the United States and Canada, as well as online. For each tournament I wrote out ahead of time what I thought would be the best strategies for us to use. My teammates and I learned the strategies and applied them during the tournament. As new situations arose during play, we developed new strategies to handle them. As we discovered better ways to play particular situations, we improved our strategies. Sometimes we made major strategy improvements in the middle of a tournament. After the tournament was over, I rewrote the strategies for that tournament.

Initially we had a different set of strategies for each different tournament format. Gradually relationships between the different strategies emerged, and I was able to combine them into chapters and assemble them into a book.

Thus the material presented here has already been learned and tournament-tested by several people. It may not be perfect, but it gives us a big edge in tournaments. Some of the ideas in this book are my own, developed either with the aid of a computer or from playing tournaments and then figuring out what happened in a particular situation and why. Some things I learned from watching other players in action. Much of what I know about winning at tournaments I have learned from others. My teammates in particular have contributed many ideas.

This article is part of a series, to be continued…

Excerpted with permission from Casino Tournament Strategy by Stanford Wong, edited for this format.

Another good source of information on tournaments is www.blackjackinfo.com.