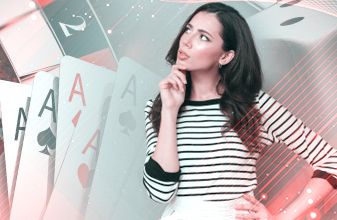 The unrest on the Las Vegas Strip over 2020's Labor Day weekend could have long-term consequences.

“To be honest, I don’t want to go back,” said Akemy Lara, who visited Las Vegas over Labor Day weekend from California. She witnessed and recorded a fight that broke out inside Encore during her stay. The video she uploaded to YouTube has more than 41,500 views. “I love Vegas, OK? I go to Vegas probably three to five times a year because I love Vegas. But with this incident that just happened, I just don’t feel safe anymore.”

The Las Vegas Metropolitan Police Department said violent visitors “will not be tolerated” after officers arrested 28 people people and issued 27 citations on the Friday of Labor Day weekend. Capt. Patricia Spencer, head of the downtown area command, did not offer figures for Saturday, Sunday and Monday, but county jail records indicate that battery and assault arrests took place throughout the three-day weekend.

A spokesman for Wynn Resorts Ltd. said that the company is increasing its room rates and investment in its security workforce and procedures after a fight broke out at Encore over the weekend. The company has no record of injuries from the incident. The spokesman said the changes are being made to ensure Wynn’s two Las Vegas properties, Wynn Las Vegas and Encore, “maintain the guest experience standards for which (they) are known.”

Changes promised include more security throughout the resort and additional uniformed Metropolitan police officers. The properties will also scan all hotel room keys at elevator entrances so that only registered guests are admitted to the hotel towers, a policy long in place at many resorts.

Lawyers took the unusual step of filing a trespassing lawsuit against 20 unknown people as a result of the fight that broke out at Encore. The lawsuit was filed by Wynn Las Vegas, which operates Encore.

Though many local observers believe the suit is more style than substance, it is an interesting way of dealing with a burgeoning problem, possibly brought on by the reduced room rates at many resorts, caused by the pandemic. The lower rates are attracting a different type of visitor than those that the Strip is accustomed to hosting, similar to the problems created several years ago when casinos began to allow nightclubs on their premises.

“Be assured, Wynn will not sit idly by when anyone engages in mayhem or flouts government-imposed safety measures in violation of Nevada law,” the civil complaint read. “Wynn will aggressively pursue all options to hold these individuals accountable even after they flee from Wynn’s buildings and away from Nevada’s borders.” However, most local experts agreed that identifying the combatants is unlikely.

Videos of a fight that broke out inside Encore circulated on social media over the weekend. The videos showed people within a hallway swinging at other guests and casino security guards as a crowd watches. The visitors eventually dispersed, leaving behind a velvet rope toppled to the ground.

“While their actions may have been isolated and lasted only moments, the damage they caused to Wynn and to the gaming industry still reeling from the effects of the COVID-19 pandemic is incalculable,” the attorneys wrote. “Wynn is prepared to do whatever is necessary to pursue and press all possible charges against these individuals to the full extent of equitable and legal remedies available.”

Along with trespassing, the lawsuit filed in Clark County District Court claimed that those involved in the incident caused a nuisance and “placed Wynn before the public in a false light.”

“Wynn seeks to quash any mistaken belief that Wynn would ever tolerate any intrusion upon the safety and well-being of its guests and employees,” the legal complaint stated. “Wynn will not.”