Plans by Caesars for Southern Indiana and Danville, VA 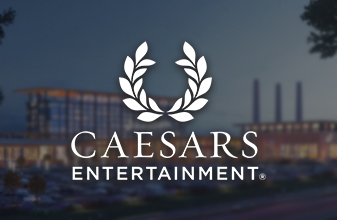 Caesars Entertainment Inc. is selling its southern Indiana property to a tribal operation in a deal that should help the company in its bid to expand in Virginia. The company announced that Caesars Southern Indiana in Elizabeth would be sold to the Eastern Band of Cherokee Indians for $250 million. The deal, which was made necessary by the Indiana Gaming Commission ordering Caesars to divest properties as a condition of its $17.3 billion acquisition by Eldorado Resorts Inc. earlier this year, is expected to close in late 2021.

The large Elizabeth property has long offered what most blackjack players, especially card counters, would consider to be poor-quality games. Though it has more than two dozen blackjack tables, the penetration is universally poor, and has been for years, going back to when the facility was branded as a Horseshoe casino. It will be of interest to many to see if the tribe will revamp table-game conditions for the better. The casino is easy to reach, a short drive from Louisville, Kentucky. If the games are improved, it may no longer be considered a wasteland by most advantage players.

The property will keep its name and Caesars branding and will participate in the Caesars Rewards player’s card program, formerly known as Total Rewards, through a new annual lease agreement between the tribe and the Caesars-affiliated real estate investment trust Vici Properties Inc., which owns the land where the casino is situated.

“Expanding our relationship with the Eastern Band of Cherokee Indians is an exciting event for Caesars Entertainment,” Tom Reeg, the CEO of Reno-based Caesars Entertainment, said in a release announcing the transaction. “Since our partnership began back in 1996, we have admired their growth and the success of their properties. We look forward to increasing our relationship by extending the Caesars brand and Caesars Rewards loyalty program to them at Caesars Southern Indiana.”

Gaming analyst John DeCree of Las Vegas-based Union Gaming said in a report to investors that as part of the agreement with Vici that it secured a right-of-first-refusal agreement from Caesars on the real estate of the planned new $400 million Caesars casino in Danville, Virginia. The Danville project is expected to break ground by early 2022 and open in 2023.

A Caesars executive commented, "The development schedule for Caesars Virginia is a very realistic one for a project of this size and scope, which includes at least 300 hotel rooms, 35,000 square feet of meeting and conference space, a 2,500-seat live entertainment venue, casino gaming floor and other amenities. We will be breathing new life into this former industrial site, and this is a time-intensive process. We look forward to welcoming guests, including the more than 1.1 million Caesars Rewards members who live within 150 miles of Danville, to Caesars Virginia in mid-to-late 2023."

Not everyone is on board with the Danville project. A local anti-casino group, Defend Danville, held a rally, at which one speaker commented that casinos are a "big con game" and "a form of consumer financial fraud."

The Danville speaker went on to say, "Local casinos are a form of consumer financial fraud that cause life-changing financial losses for countless citizens, "Local casinos will dramatically hurt citizens financially. What separates local casinos from every other business, including those involving other vices like alcohol and tobacco, is local casinos are a big con game. It's similar to price gouging and false advertising so citizens are conned into thinking they can collect money in a scheme that's designed to ultimately get them fleeced."

“In rally against Danville casino, speaker says Caesars in Danville would be a monument to racial injustice and inequality”, John Crane, godanriver.com, October 25, 2020.