Only in Las Vegas? 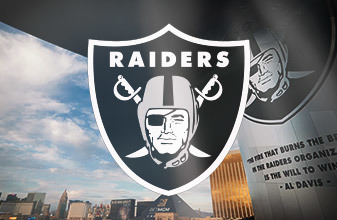 The Las Vegas Raiders football team have been bad citizens since they staggered into Las Vegas after leaving Oakland under a cloud and with turmoil in their wake.

There have been many serious incidents of player or management wrongdoing and general corporate and personal misbehavior.

In the worst examples, a player stands accused of carrying a loaded gun and driving over 150 mph on a local street while drunk and/or under the influence of drugs, killing an innocent motorist and her dog. To be fair, the Raiders immediately rid themselves of this menace to society.

Another player was involved in a hit-and-run accident on his way to practice, and was arrested by police at the practice facility in Henderson.

In still another incident, a player was passed out at the wheel of his car on a casino property, apparently under the influence. He was arrested. That same player was apprehended about two weeks later in another incident, this time driving over 110 mph on a local freeway.

Former coach Jon Gruden resigned in lieu of being fired after racist and homophobic emails were uncovered in an unrelated NFL investigation.

There have been accusations of a “hostile work environment” that resulted in the firing of the team’s president.

Other team executives have departed under mysterious circumstances, with the true reasons seeming to have been kept out of the public eye.

Now it appears the Raiders have finally made a good choice. Former Nevada Gaming Control Board chairwoman Sandra Douglass Morgan has been announced as the new team president. In a transition that perhaps would only be attempted in Las Vegas, Ms. Morgan, who is an attorney, has been given the opportunity to take her career in a new direction.

Ms. Morgan is married to former NFL player Don Morgan, so presumably she has working knowledge of pro football.

Will Ms. Morgan be able to turn around the public-relations disaster that is the Raiders? Based on her prior successes, I believe and hope that she can.

Having an unstable team and unstable management can hurt sports bettors, as the distractions of the frequent off-field issues can cause players and coaches to perform in unpredictable ways.

The constant turmoil emanating from the Raiders has been an embarrassment to Las Vegas. The criminal behavior of some of the players has wreaked havoc on and death to innocent Las Vegas residents.

It appears that the only failure in Ms. Morgan's career has been her inability to transform the Gaming Control Board into a competently-functioning agency. Much has been written by me and others about the Board’s inadequate oversight of Nevada casinos. We need not delve further into that issue here.

I would have preferred the Raiders had not moved to Las Vegas and that no public funds had been expended in accommodating the move, but they are here, apparently to stay. Therefore, I hope the tumult and disorder can be put to rest. I wish Ms. Morgan the best of luck in her new position, and sincerely hope that she can sort out and resolve all the problems that are now hers to deal with. She will need luck, in addition to her knowledge and skill.

Well-written analysis, as I would expect from you.

Why does the link on the main BJ21 page say "No Author"? You deserve the credit!