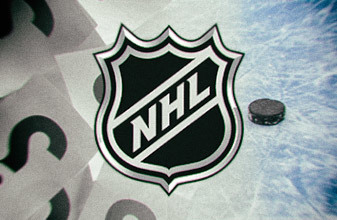 Prior to the second game of the 2022 first-round Stanley Cup playoff series against the Boston Bruins, the Carolina Hurricanes goalie Frederik Andersen had not played in more than two weeks, absent with what the Hurricanes termed a lower-body injury. He remained a “game-time decision,” Coach Rod Brind’Amour said, even though reporters deduced that backup Antti Raanta would likely play after the morning skate. Raanta left the game early that night after a collision with another player. Brind’Amour said afterward that Raanta had an upper-body injury and offered no comment as to when he might be able to play again.

Even during the regular season, specific injury information is difficult to obtain. For example, the Vegas Golden Knights lost over 500 man-games to injuries, among the highest in the league. As a result, they missed the playoffs for the first time in their five-year history. Nevertheless, injuries all season long were generally described as “upper-body,” “lower-body,” “being evaluated,” and other opaque terms.

In recent years, the NHL’s outlook toward injuries has been cast differently — or, perhaps, kept in a different shade of dark. With sports leagues’ enthusiastic efforts to profit from recently-legalized sports betting throughout much of the United States, the NHL’s secretive approach to injury disclosure has made it an outlier. While other leagues maintain rules about disclosing injuries and punish noncompliant teams, the NHL still allows team officials to discuss injuries in vague terms.

This lack of transparency allows for the possibility that some bettors or oddsmakers could gain access to information the public does not have, skewing the market in the favor of various insiders. In a worst-case scenario, it could motivate players or other team employees to reveal injury status to bettors for personal gain.

“The NHL is on an island when it comes to injuries,” Westgate Las Vegas SuperBook Vice President Jay Kornegay said. “Being a bookmaker, transparency is the key. Either nobody knows or everybody knows. We get into sticky situations when only a select few know the true status of an injury.”

“To this point, our long-standing policy has not proven problematic,” NHL spokesperson John Dellapina recently wrote in an email. “There is no current consideration being given to amending the policy.”

The practice has long annoyed bookmakers, who rely on publicly-shared information to help in setting lines. The NFL’s injury-disclosure policy was adopted with the aim of creating a level playing field for bettors.

Even with widespread legal betting from which it gains financial benefits, the NHL has stuck to its approach. But some sportsbook operators expect that to change.

“We’d like them to be a little more transparent, and hopefully we’ll get there,” said Johnny Avello, a DraftKings executive and longtime Las Vegas bookmaker. “If you go back a few years, the NHL wanted nothing to do with us sportsbook operators. Now we’ve certainly bridged that gap a bit. I look for things to improve as far as that’s concerned. It would be nice if the league would send us those things.”

Bookmakers have seen over the years that even if teams can successfully hide injuries from the public and their opponents, somebody may still find out. If Kornegay’s book takes action from a bettor with a reputation as a sharp bettor on a game involving a player with an unknown status, Kornegay might presume that the bettor found out something about the player’s well-being and will adjust the line accordingly for additional bets.

“If a well-respected [bettor] was to bet into a line — doesn’t matter what sport — and there is a player that might be questionable, if he bets one side or the other, that sends up a red flag to us that he’s probably betting based off the latest injury news,” Kornegay said. “How they get that, I don’t know. But it’s a game we play every day with some of the more educated [bettors].”

Some sharps, Kornegay said, bet on perceived edges in information. “It’s just what we have to deal with being a bookmaker,” Kornegay said. “The NHL is a little more frustrating because you just can’t find out the information. We just have to really base it off the type of play that we see coming in on that particular game. We might not know until the scratches are announced that a particular player is out. But if we already took the so-called sharp action against that guy playing, we have a pretty good idea that the star player is not going to play or might be very limited.”

“It would be nice if everybody out there knew who’s playing so that they could make a rational decision on who they’re going to bet,” Avello said.

Washington Capitals owner Ted Leonsis has long promoted the legalization of sports betting, repeatedly calling it a data-driven form of entertainment that gives fans a chance to gain from their knowledge. He said, “Gambling is no different than betting on stocks on Wall Street, right? The people who do best are the most informed.”

“We still don’t know a whole lot,” Avello said. “I’m not going to hold a gun to their head and say they should be giving it to us. I would hope that over time this relationship strengthens and we’re able to get the information that we need.”

“Injury secrecy is an NHL tradition — and a dilemma for bookmakers” , Adam Kilgore, washingtonpost.com, May 9, 2022.