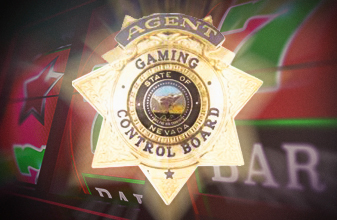 The Nevada Gaming Control Board says its investigation tracked down an Arizona resident who left Las Vegas after a visit, not knowing he'd won a $229,000 jackpot at a Strip casino.

The machine being played by Robert Taylor malfunctioned due to a “communication error" no one realized that he'd hit a progressive jackpot, according to the Control Board.

The jackpot was confirmed later after a review but Taylor had departed Nevada by then. He was playing without a player’s card, and casino employees stated they did not know his identity.

The Board opened an investigation and identified Taylor after two weeks of checking surveillance video, interviewing witnesses, and studying electronic purchase records. It also reviewed ride-sharing data, though it is not clear under what authority it had access to that information.

The board is frequently criticized, particularly by advantage players and other knowledgeable casino patrons, for being overly friendly to casino interests and doing little to protect the public against unscrupulous behavior by casinos. In this case, it seemed to go above and beyond, certainly putting in more effort than expected, to ensure this patron was treated properly.

It is not known why the usual mantra of “Machine malfunction voids all pays and plays” was not invoked in this circumstance and the jackpot canceled, as usually happens. According to the board, it was important to locate the winner to ensure he received the money in order to maintain public trust in the casino industry. This is unusual behavior for the Board, which operates mostly in secret through special Nevada legislation enacted long ago, which favors casinos in patron disputes. The Board rarely appears to be affected by public perception of the integrity of it or the casino industry in Nevada.

The Board's investigation was conducted by multiple agents of its Enforcement Division, which for decades has been mostly unhelpful to patrons who have been victims of intentional malfeasance by casinos, let alone an actual machine malfunction, The term “machine malfunction” has sometimes been used in the past to deny a patron a jackpot; this is believed to be the first time it has been used to award a jackpot, in this case one that wasn’t even being claimed. The involved casino, Treasure Island, did not respond to a request by BJ21 News Service for comment.

“The Nevada Gaming Control Board is charged with the strict regulation of the gaming industry, the protection of the gaming public, and ensuring that the industry benefits the State of Nevada. I commend the agents of the Enforcement Division, particularly Agent Dan Nuqui, for ensuring that the public trust in the gaming industry remains strong by spending countless hours over two weeks to ensure that a patron is awarded winnings owed to him,” said James Taylor, the Enforcement Division’s chief.. “I’d also like to thank the Nevada Transportation Authority for their assistance in confirming the identity of the patron. This has been a great example of government working together for the benefit of the public.”

Congratulations are due the Board for taking the appropriate action in this case. More of this type of behavior would do much to help repair the long-tarnished image of the integrity of gaming in Nevada.