Las Vegas Casinos Must Protect Patrons from Attacks in Restrooms 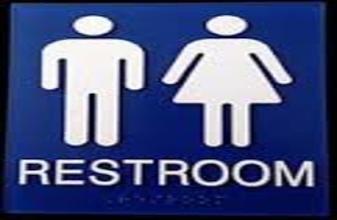 Las Vegas Casinos Must Protect Patrons from Attacks in Restrooms

Las Vegas is one of the most frequently visited cities in the country. Indeed, the Las Vegas Convention and Visitors Authority reports that more than 42 million people travelled to the city in the year 2015 alone. While there is certainly a lot to do in Las Vegas and throughout Clark County, there is no doubt that the biggest draw is the casinos. The city's casinos bring everyone from seasoned professional gamblers to first time players who could use BlackJack School. Whenever you are visiting a gambling establishment, it is critical that you stay alert. Casinos are full of money and alcohol and that does have the unfortunate side effect of drawing in some people with bad motives. Attacks on patrons are relatively rare, but they do sometimes occur. Certain spots in the casinos are hotspots for problems. For example, there has been a history of violent attacks and incidents occurring in Vegas casino restroom. The reason for this is that restrooms are out of the normal view of the security cameras and casinos staff. The natural privacy of a restroom makes it a high-risk area. All casinos in the city have a legal obligation to protect the safety of patrons. If they fail to live up to that obligation, the casino owner or operator can be held liable. If you were attacked or robbed in the restroom of a Las Vegas casino, the Ladah Law Firm, who understands negligent security cases, may be able to help.

At casinos, many people carry an unusually large amount of cash. This sometimes leads attackers to target casino patrons. A robbery is incredibly frustrating for the victim and it has the potential to turn violent. In 2015, a couple from Hawaii brought a legal claim against a Vegas casino after the husband was violently assault and robbed in the establishment’s restroom. The case, Calvin Kawamura and Jeanie Kawamura v. Boyd Gaming Corporation, was brought against the casino to obtain compensation for the severe injuries that the man suffered during the attack.

Women Must Always Be on Guard

In 2013, a man named Oreste Perez committed a brutal sexual assault in a restroom at the Flamingo Las Vegas Hotel and Casino. The victim was a woman on vacation from Canada. At the time of the incident, she was looking for the elevator to return to her room. Perez found her first and forced her into the men’s restroom. Once again, the restroom became a hot spot for the attack because it was out of the view of casino security personnel.

In April of 2016, UFC fighter Nick Diaz was attacked by four men in the restroom of the Bellagio casino. According to reporting in the Independent Journal Review, the confrontation started when Diaz and another casino patron bumped into one and other. Eventually, three other men joined the attack against Diaz. Of course, being a professional fighter has its benefits in this regard and Diaz was able to defend himself against the attackers.

When Can the Casino Be Held Liable?

Under Nevada state law, casinos must protect patrons from abuse and neglect. As such, Las Vegas casinos, and other property owners, can be held liable for injuries that occur on their premises if their negligence played a role in causing the incident. Since casinos have an affirmative duty to provide adequate security, casinos can even be held legally responsible for attacks that occur at the hands of third parties. Casinos must take all reasonable measures to ensure that patrons are protected from attacks. If an attack does occur at a Las Vegas establishment, the casino’s liability will be assessed by looking to the following two important questions:

If the answer to both questions is ‘yes’, the casino may face liability for the victim’s injuries and financial losses. It is important to reiterate the fact that restroom attacks have been a real problem at casinos over the years. This means that incidents in this area of the casinos should be able to be foreseen by security staff. Security personnel must regularly monitor restrooms to ensure that the area is safe. Sometimes, casino managers pressure their security team into keeping an eye on the casino’s money which takes their attention off of the safety of patrons. This cannot be allowed to occur.