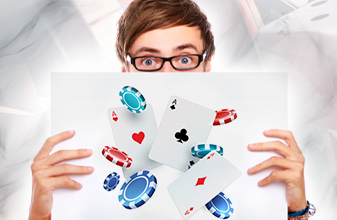 Casino operators in the Las Vegas area are not being forthcoming about the cases of COVID-19 raging through their properties and infecting their employees and customers. Some critics and patron advocates are using this obfuscation as an example of why there should be another mandated closure of casinos throughout Nevada. On some social media, the expectation was another shutdown of the Strip.

M Resort cashier Aileen Rotzin has a deadly secret -- she tested positive for COVID-19 a month after she first returned to her job at the Henderson casino. Though working closely with other employees while she had symptoms, Rotzin claims the company’s human resources department told her to keep her test results private because the company considered it “confidential information.” However, she said, “It’s just human decency, with this COVID-19, that they let other people know (when employees test positive).”

The M Resort and casino managers across Southern Nevada refuse to divulge how many employees have tested positive for COVID-19. Casinos aren’t legally required to share this information, but hotel-casino employees throughout the area say they would feel safer if they knew what sort of environment they were being asked to work in.

Instead of staying silent, Rotzin decided to contact nearly a dozen coworkers to encourage them to take a COVID-19 test.

A spokesman said the M Resort initiates contact tracing immediately after discovering a positive case to determine whether there’s been possible exposure to other employees and guests, and those who are at risk are notified. He added that the company tells staff that their COVID-19 test results will remain confidential, but “they do not have an obligation” to keep their positive test private.

Rotzin doesn’t know if other employees have tested positive — she said she has received no official notices from the company regarding infected workers. “We work very close together; the cage is really small. I’m worried about them,” she said.

She added that she has yet to receive a contact tracing call from the Southern Nevada Health District, which is reported to be understaffed. The recent surge of cases has overwhelmed public health investigators in Clark County, who are now forced to prioritize who among those testing positive will be notified by a phone call and interviewed about their contacts.

Employees at other casinos have voiced similar complaints regarding a lack of transparency.

Previously, the Las VegasReview-Journal reported that multiple employees have personally confirmed at least 15 workers have tested positive for COVID-19 at The Cosmopolitan of Las Vegas. That number has since gone up, according to employees.

The company declined to say how many of its employees have tested positive, but told the Review-Journal it immediately reports any positive cases to the health district, and follows health and safety protocols that include contact tracing and testing, quarantining, and deep cleaning and sanitization.

Reports from advantage players throughout Nevada have been that the state’s requirements for reopening have routinely been ignored by many casinos, as well as deep cleaning and sanitization claims being falsely made by casinos, though there are not reports specifically about The M or Cosmopolitan.

One worker at Cosmopolitan casino told the Review-Journal they have personally confirmed at least 38 dealers have tested positive. Others said they could confirm at least 30 in that department, and employees at other departments say they are also seeing positive cases. One dealer who tested positive told the Review-Journal they reached out to coworkers to notify them, afraid that the company wouldn’t send out a notification.

“People are scared,” one employee said.

“It’s just frustrating,” another said. “It for sure feels like they’re trying to hide it. There’s been no transparency. It just feels horrible.”

“All employees are thoroughly alerted if/when they have come into confirmed or potential contact with a COVID-19 case, in line with the contact tracing regulations set forth by the Southern Nevada Health District,” the company said.

But a number of workers say they don’t believe the company is doing enough to keep them safe. Some said they have been allowed to enter the property without a temperature check, despite the company’s published and publicly-available health and safety protocols saying all coworkers are “required to undergo a non-invasive temperature screening before beginning their work shift and entering the resort.”

One housekeeping employee said many have not had time to receive proper, hands-on training on the new protocols. The housekeeping worker confirmed at least ten housekeeping staff members have tested positive but said there are rumors of more.

“As employees, we want to know (when someone tests positive so we can) get tested,” the employee said. “We can’t bring this to our families, and we’re dealing with hundreds of people a day.” Another Cosmopolitan employee said the property is not enforcing state protocols, which require masks to be worn by patrons and guests in casinos unless eating or drinking.

The Cosmopolitan said that its health and safety protocols are “100% compliant with all federal, state and local requirements.” Those protocols require employees to go through a temperature screening with an onsite COVID-19 surveillance and check-point team before starting a shift.

“The safety and security of our employees and guests is our top priority, and any employee that is not in compliance with our Health and Sanitization Guidelines, including appropriate resort access and screening protocols, is at risk of disciplinary measures, including termination,” the company said.

Two Caesars Entertainment Corp. employees, who were granted anonymity to protect their jobs, say the company has yet to issue any notices widely among staff about positive cases. So far, just four cases have been made public by Caesars, including one at Caesars Palace, which resulted in the June 24 death of Adolfo Fernandez, a 51-year-old utility porter.

One worker said neither the death of the employee nor the rate of positive cases among staff was brought up when they received a call to return to work. “It seems like as far as (the company is) concerned, the less people know and find out about any cases and deaths, the better off they are,” said the employee, who found out about Fernandez’s death on Twitter. “I definitely think any casino should inform (workers about how many employees have tested positive).”

A Caesars spokesman said when the company learns that an employee has tested positive, some workers — but not all — are notified. The company uses surveillance technology and so-called “investigative resources” to determine who has been in close proximity to an infected person. Workers who meet the criteria are informed and directed to self-isolate, and they can return after submitting a negative COVID-19 test result.

Another Caesars employee said rising cases among Las Vegas casino workers and a lack of transparency are making them consider quitting the job. “It’s almost like you shouldn’t talk about it,” the employee said. “I think there should be more transparency.”

One security worker at a Station Casinos property said there are rumors of positive COVID-19 cases among staff, but nothing has been confirmed by management.

“It’s all word of mouth,” the employee said, adding it doesn’t feel good being in this position. Station Casinos declined to comment.

The Centers for Disease Control and Prevention says companies should inform fellow employees about any possible exposure to an infected employee while maintaining confidentiality required by the Americans with Disabilities Act.

Ellen Bronchetti, a partner at international law firm McDermott Will & Emery who focuses on employment and labor issues, said employers should keep these notifications vague, something along the lines of: “We are aware that there has been exposure. We have determined that you may have been in close contact with this person.”

Brendan Bussmann, director of government affairs for Las Vegas-based Global Market Advisors, said deciding how much to share when it comes to infected employees is complicated.

He said companies need to be careful in how they handle employee privacy when they notify staff about positive cases. If the company tells a smaller department that a worker has tested positive and only one worker is out sick, Bussmann said, it’s going to be clear who has been infected. Additionally, all at-risk employees who were in close contact with an infected worker should be alerted through contact tracing.

None of the companies shared why they chose not to disclose the number of infected employees. Greg Chase, founder and CEO of Las Vegas-based Experience Strategy Associates, said casino operators could be concerned that going public with the number of positive cases could turn away visitors.

“Nobody knows how many resort workers are infected— including employees”, Bailey Schulz, lvrj.com, July 10, 2020.