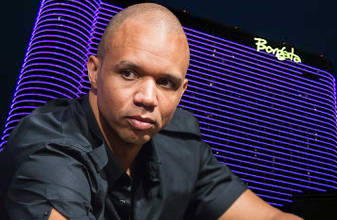 The settlement, referenced in a document filed on July 2, 2020 in the U.S. Third Circuit Court of Appeals, indicates the likely resolution of the high-profile battle that has stretched for more than six years. The lawsuit was brought by Borgata parent company Marina District Development Co. LLC against Ivey and Sun in 2014, seeking to recover millions in damages from Ivey and Sun, who used edge-sorting skills to gain an advantage in high-stakes mini-baccarat during four extended sessions in 2010-12.

The Borgata won a $10.13 million judgment against Ivey and Sun in late 2016 in a New Jersey-based federal district court, but Ivey immediately appealed to the Third Circuit, where the case moved forward slowly. Last week’s filing of generalized settlement terms marked the first filing in the case since September 2019. At that time, following oral arguments, the matter was referred to a special mediation service that helped the two sides agree on a deal.

Financial terms of the settlement were not disclosed. However, the settlement hinges upon the case being “partially remanded” to the New Jersey U.S. District Court and Judge Noel Hillman, who rendered the original 2016 judgment. “The Parties’ settlement is conditioned on the District Court’s vacatur of certain orders and decisions that it entered in the lower court proceedings.” Among the orders necessarily needing to be vacated by Judge Hillman is the overall $10.13M judgment against Ivey and Sun. The filing also states that if the case isn’t remanded and certain findings vacated, the agreement itself will likely not be completed.

The settlement also covers the involvement of and potential liability for Sun. The noted “Queen of Sorts” trained herself to be able to detect minute imperfections in the way certain playing cards were trimmed, then used that skill to assist Ivey in winning tens of millions of dollars from casinos around the globe. Sun’s story will become the focus of a feature film starring Awkwafina.

A related case in Nevada, where the Borgata had registered the New Jersey judgment in order to pursue Ivey’s assets there, has also ended. That case did not end in settlement, however; instead, the Borgata won a judgment in late May allowing it to continue its pursuit of Ivey’s assets with a seizure by the U.S. Marshal’s Office of a six-figure Ivey win at the Rio. The extent to which Borgata’s collection in Nevada may have influenced the settlement talks in New Jersey is unlikely to be publicly disclosed. A settlement benefit for Ivey is that it will free him to resume playing poker events in the United States, without fear of his winnings being continually subjected to Writs of Execution.

The legal cases involving Ivey in the United States and earlier in London are unusual in that courts decided against the practice of edge sorting, which has been a long-known but little-mastered skill used by sophisticated advantage players. It was commonly believed in the advantage-player community that edge sorting was legal and would be upheld by courts around the world. Ultimately, that belief was tested in the Ivey cases and was not correct in the views of the courts that decided those cases.