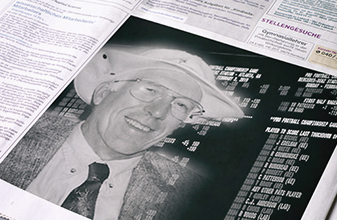 Sharp Sports Betting is a tool for those interested in winning money at sports betting. The book explains the most common sports bets, what the numbers mean, and the mathematics behind the numbers.

Let’s discuss some principles of sports betting. All sports bettors should learn the information below. Other kinds of casino advantage players, including blackjack players of all skill sets, including card counters, should also have a good working knowledge of Expected Value. You should not be betting online or in land-based casinos in Las Vegas or elsewhere, without this fundamental knowledge.

As in picking winners in the stock market, picking winners at sports bets requires information not public, and/or a superior ability to process public information. You probably do not have a bet when the reason you like a team is information that is available to and easily understood by all bettors.

Ways to get an edge can be divided into three categories:

To profit from news, generally you must hear the news quickly and you must act on it quickly. Here are some examples.

Suppose Arizona State is a three-point favorite over Wake Forest an upcoming Bowl game. Further suppose that the night before the game, ten members of the Arizona State team come down with food poisoning. Obviously that will impact Arizona State’s chances of winning the game. The way that news gets factored into the spread is by the actions of bettors. If you hear the news and then find a sportsbook that still lists Wake Forest +3 -110, you can be part of the process of moving the line to where it should be. If, by the time you try to bet, the line is Wake Forest +1, you are too late; the food poisoning has already been factored into the line.

Example: Injury to a Key Player

Cleveland was +9 in a game coming up at Pittsburgh. During practice a few days before the game, Cleveland’s quarterback was injured. He was a major part of Cleveland’s offense. Bettors who first heard about the injury were the ones who moved the line to Cleveland +13. Cleveland really missed its quarterback, losing 22-0.

On 5 November a few years ago, the Arizona Cardinals were a 10-point underdog to Washington. Two days later, on Tuesday the 7th, Phoenix voters would vote on whether to construct a new football stadium. After Arizona won outright 16-15, accounts of the game credited the upcoming election as motivating Arizona to play an inspired game against Washington. The players got what they wanted: The stadium vote passed.

The line of Arizona +10 seemed to totally ignore the upcoming stadium vote. It was as if football bettors read only the sports page and the weather reports, ignoring the rest of the newspaper. I had Arizona +10 because I like double-digit NFL home dogs; had I known about the upcoming election, I would have made a bigger bet on Arizona.