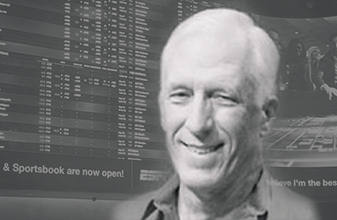 Let’s discuss some principles of sports betting. All sports bettors should learn the information below. All other kinds of casino advantage players, including blackjack players of all types, including card counters, should also have a good working knowledge of Expected Value.

One way a sportsbook’s theoretical hold percentage can be achieved is if the line stays constant from the time it is first hung until game time, and both sides get equalaction.

Sportsbook managers strive to achieve better than the theoretical hold percentage. They try to set lines so that the excess action is on the side that is less likely to win. It’s easier to do this on games with a higher proportion of money being bet by unsophisticated bettors.

At a line of Baltimore -7, most of the action would come in on Baltimore, and Baltimore would be the side that is most likely to cover, so the sportsbook would not have an edge.

At a line of Baltimore -10.5, most of the action would come in on Baltimore’s opponent, and that would be the side most likely to cover, so the sportsbook would not have an edge.

Any line between Baltimore -8 and Baltimore -9.5 will attract more money on the side that is less likely to cover the spread, and give the sportsbook the expectation of achieving better than the theoretical hold percentage.

Sure the sportsbook takes extra risk by intentionally accepting an imbalance of action on Baltimore. But the sportsbook diversifies by also accepting bets on many other games, each of which is independent. Therefore the risk due to an imbalance in action on any one game is unimportant unless the action on that game is huge, as is the case with the Super Bowl.

In the real world of course, the sportsbook manager does not know for certain the spread at which Baltimore has a 50 percent chance of covering. But between his expertise and the expertise he has access to, the manager comes up with a good estimate of that spread.

Likewise in the real world, the sportsbook manager does not know for certain the spread at which action would be split evenly between both teams. He does not need to know it.

The result will be a line that might attract sharp money to the unpopular team. The manager does not really want sharp action, but will put up with a little bit of it in order to get an extra-big edge over a larger amount of action on the popular team.

If the manager can set a line that will attract some but not a lot of sharp action on the unpopular team, the resulting spread will win more money for the business than if the line split the action evenly.

After hanging a line that takes extra advantage of squares but might attract sharp action to the other team, the sportsbook manager needs only to keep tabs on the bets of people known to be good handicappers. Squares prefer to bet favorites more often than not. So the manager is more likely to hang a line that penalizes betting on favorites.

There is a Limit

Of course there must be a limit to the dollar amount of lopsidedness of action the manager will tolerate. The manager does not know with certainty what line handicaps the game perfectly; there is always a chance that a customer has a superior line on an individual game. A manager who hangs a line that is too far out of whack with what is offered at another sportsbook is taking a chance, because profits to arbitragers who bet both sides show up as losses for one or both sportsbooks. Any manager who feels too exposed on an individual game will move the line.

The line on a game is the number that the sportsbook manager thinks has the highest expected win for the business, consistent with the risk the manager is willing to accept. What that means, where possible, is setting the lines in such a way as to earn a higher percentage on the bets of those people who are going to bet on their team no matter what the odds.

Dollars flow into sportsbooks from sharps and from squares, and squares generally prefer to bet favorites. Thus the line generally is set so that the dog is slightly better value for the customer than is the favorite.

Maximum profit for the sportsbook comes at spreads that take advantage of squares without attracting too many bets from sharps.