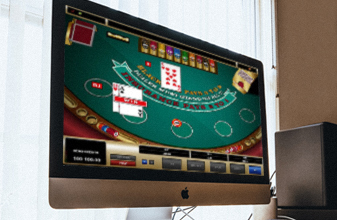 Question by snapper: Blackjack used to be the way to bigger comps and better casino mail. Apparently, that's changed over time. I am not concerned with in-trip comps. I want the mail with future offers. At places where I want to stay in the future, I've played quarter to dollar video poker, red-chip to black-chip blackjack, and some poker.

Poker gets me nothing for mail as far as the hosts tell me, but the poker room does give me some food and I've heard about “poker rates” on rooms. The poker rate I’ve seen offered was an “on the spot offer” for that night.

Captain Jack has previously stated that a $5 denomination video poker needs to be played. I assume that's 5 lines at $5, correct? It seems that I have done well on mail for my small mixed bag of play.

With blackjack, the pit critters and the hosts all seem dumbfounded when I've asked if getting rated at lower denomination hurts my overall rating. I get an answer like "it all adds up, so always use your player’s card.” Are they really this stupid or do they just not care about a small bettor who has the need to ask such questions? If I flat bet an amount above what I would play were I ramping my bets with the count, and I don't mind being known, I use my card. If I flat bet or ramp starting at a lower level, I don't use my card. Does this matter?

Where are the comps these days? Slots? Bigger blackjack stakes? Or mainly higher video poker denominations?

Captain Jack: Don’t confuse mailed comps and in-trip comps. Playing an hour or two in a single day at a property you are new to is generally a decent idea. You’ll likely generate mail that could offset future costs. However, if you have a tight bankroll, video poker is not worth your time to continue the flow of comps. It really doesn’t become beneficial unless you can play at the $5 denom level ($5 per coin x 5 coins = $25/hand) or devote your entire day to play.

I wouldn’t bother being rated at blackjack either, even if you are heat-free. Blackjack won’t give you much comp-wise anymore. No sense giving up your anonymity for a $10 buffet comp.

For the past 5-10 yrs, the only thing I’ve done in Las Vegas is hustle comps (and the freeplay that comes with it) and bet sports. I have four different Strip chains in my rotation with a different strategy at each of them. Generally, I get a suite, $200-400/night in food and beverage, and $1-2k in freeplay per visit. I'm usually prepared to play $100-150k coin-in per night. This usually means I'm looking for a multiline game at $5 denom or higher. Spending 6+ hours a day playing single line wouldn't be my idea of a good time.

If I lose more than $10k, I seek out my host and he or she will usually give 5-10% in loss rebate. If I win >$10k at some properties, I take that shop out of the rotation for a year or so because in some cases an actual win trumps theoretical loss and comps will be miserable for a while.

I keep track of theoretical rates for certain machines at each property and have various ways of getting that information from my hosts. I'm careful not to overplay for my comps and also careful not to significantly underplay. I also tip my hosts with gift cards each trip (usually obtained via other casino promotions elsewhere). My hosts all think I come to Las Vegas just once or twice a year, when in actuality, I'm in Las Vegas 6-8 times a year.

I recently completed a trip where I stayed for five nights at two properties; two nights in a standard suite, three nights in a penthouse suite with private elevator, had limo transfers wherever I wanted, collected $3800 in freeplay, and had $1400 in meals comped. Before you get the impression I'm bragging, know that I lost $14k in the machines. However, my expected loss was only $2k and considering I didn't hit any royals, that $14k isn't out of the ordinary. I've had plenty of trips where I come out on the positive side of variance.

Eventually when I retire from the advantage player life and transition to living on a fixed income, I'll probably have to scale back the comp hustling. However, the way casinos are cutting costs so aggressively, I suspect I'll be forced out of the comp hustle before I choose to bow out.

The complete, ongoing discussion from which the above was excerpted and edited for this format is on bj21.com Green Chip.